Rumors flew that the Modern Family star had a serious illness after the red-carpet fixture failed to show up at Sunday’s Oscars. Is it true? 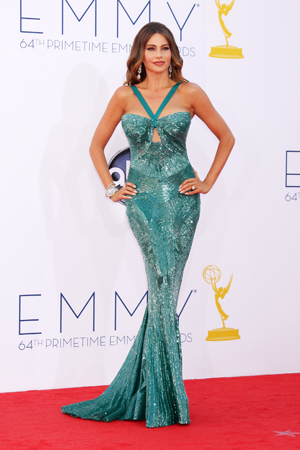 The Daily Mail said last week that Sofia Vergara was rushed to the hospital for a mystery operation. Then she wasn’t at the Oscars on Sunday. Just what was wrong with Sofia Vergara?

“Watching the Oscars at home so I dont give everyone the flu haha!” the Modern Family star tweeted during the Oscars.

Ah, just the flu. A source told HuffPo Celebrity that the hospital thing was just a rumor and that Vergara was “totally fine.”

Guess not, since Vergara was an Oscars no-show. But seems it was just the flu after all. “She came down with a nasty case of flu and had to cancel all plans for Oscar weekend,” a source told the New York Post.

That must have been before the Colombian beauty was seen in a little black dress dining out with fiancé Nick Loeb on Friday night.

The two were photographed at the BOA Steakhouse in West Hollywood. Loeb swung around in the car to pick Vergara up at the restaurant’s back entrance. Aww, chivalrous! And also, something you’d do for a loved one who wasn’t feeling very well.

Vergara, usually a standout on the red carpet, must have been bummed to have missed the ceremony. The star has become famous for her gorgeous red-carpet looks, including the shimmering aqua Zuhair Murad gown she wore to collect this year’s obligatory Modern Family Emmy.

This was the same Zuhair Murad gown, we will all note, that she ripped during the event and had to be sewn back into just in time to hit the stage with the Modern Family cast.

Vergara tweeted a picture of herself being stitched into the gown after it split down the back.