The Season 16 cast of Dancing with the Stars has just been announced and DWTS winner Melissa Rycroft has some advice and predictions for the new season! 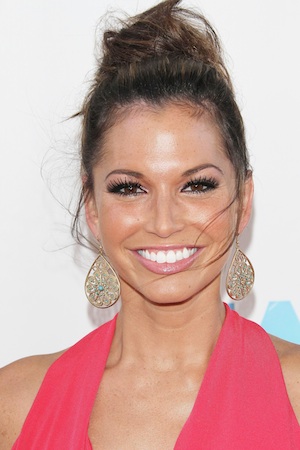 Melissa Rycroft is no stranger to the spotlight. This former Dallas Cowboy’s Cheerleader became a celebrity through reality TV shows like The Bachelor and Bachelor Pad. However it was Dancing with The Stars that made her a household name and a fan favorite.

DWTS’ Season 16 cast was just announced and we thought Melissa would be the perfect person to give advice and make predictions about the new season!

“It’s going to be so much to fun to watch.” Melissa told SheKnows. “You have incredible athletes that have a dedication that us normal people don’t understand, musicians who understand music and beats that brings an edge to their performance and actors who just draw you in.”

This cast certainly is a highly competitive and wildly successful bunch. There’s Olympic gymnast Aly Raisman, country legend Wynonna Judd and NFL star Jacoby Jones, just to name a few. Although Melissa believes that everyone brings their own edge to the show, there are two contestants that may have an advantage over all the others.

Dancing with the Stars‘ new cast! >>

“I love that there are so many comedians this year,” Melissa continued. “That fun attitude and sense of humor is really going to help them get through it.

And “get through it” is probably the best phrase to describe competing on DWTS. Melissa explained that the pace is seriously intense. For the first episode, contestants have up to three weeks to prepare and train, but as the season goes on they’ll find they only have a few days to rehearse.

“My advice? Buckle up and hold on,” Melissa laughed. “You can’t prepare for the pressure.”

With such a stunning cast Melissa found it hard to make a prediction for this season’s winners.

“You just can’t tell.” Melissa said. “For example, I have no idea what Andy Dick’s gonna throw out here. We could all be surprised. I think early favorites are going to be Derek and Kellie and Mark and Aly. But will someone like superstar Wynonna Judd be the fan favorite? We just don’t know.” 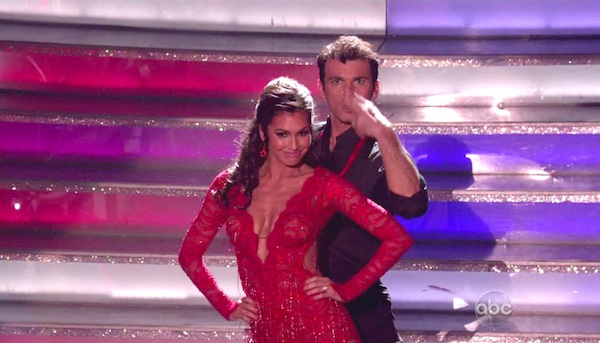 She may not be able to pick a winner, but she does know who she’s most excited to watch. “I’m admittedly a huge Housewives fan, so I’m so excited to watch Lisa Vanderpump. Maybe she’ll bring Jiggy out for a little dance number.” We can hope! That’d be so adorable.

When she’s not busy winning medals and giving advice to new contestants, Melissa is a positive example for health and fitness. She recently signed on to be the spokeswoman for Extra Gum.

“I just love what they stand for. They’re all about helping people make smaller resolutions for the New Year instead of big ones that we all quit by February.” A habitual snacker and craver of sweets, Melissa made the resolution to pop a piece of dessert-flavored Extra Gum instead of reaching for a candy bar. “I’m a firm believer in grabbing a stick of gum to satisfy that sweet tooth instead of eating hundreds of calories from a dessert.” Gum over dessert might not sound so satisfying at first, but we’ll take health advice from the woman with the rock-hard abs.

Melissa’s a champ who powers through pain! >>

A spokeswoman, DWTS winner and reality star is a pretty impressive résumé. What’s next for the working mother?

“I’m really excited! I have a lot coming up. [There are] things I’ve been dreaming about, [but] I just can’t talk about it yet.”

What a tease! Well, we’re excited for you too, Melissa, and we can’t wait to hear all about it. In the meantime, we’ll be watching the new season of Dancing with the Stars premiering March 8 on ABC.