No matter what anyone thought of Seth MacFarlane hosting the Academy Awards, it sounds like he made his decision before the show even started. 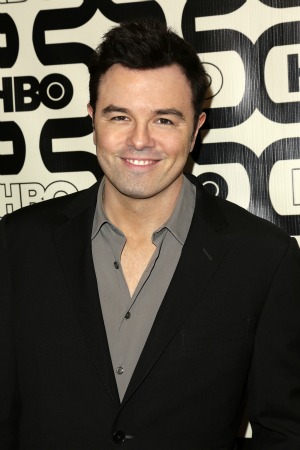 Seth MacFarlane has seen all kinds of reviews from his Sunday Oscar hosting appearance, but he said either way, he wouldn’t do it again.

In a tweet on Tuesday morning, a fan asked if the Family Guy creator would host the show again, to which MacFarlane replied, “No way. Lotta fun to have done it though.”

No matter what the reviews said, 40.3 million people watched the Oscars on Sunday, the highest viewership in three years. But in the weeks before the show, MacFarlane showed his exhaustion from the extensive preparation the Oscars require.

“Who knows how this will go,” he said before Sunday’s Academy Awards, according to the Huffington Post. “Even if it goes great, I just don’t think that I could do this again. It’s just too much with everything else that I have to do. I’m happy to be doing it and I will be thrilled to have done it, assuming I get out of there in one piece, but I really think this is a one-time thing for me.”

So the Twitter announcement Tuesday really comes as no surprise. The multitalented MacFarlane may be the busiest guy in Hollywood. He writes and produces three different TV shows, as well as voicing many of the characters on those shows. He has also ventured into music, and was nominated for his song from Ted at this year’s Oscars.

MacFarlane was also tasked with writing for the awards show, but brought in people that he knew best to help.

“My staff has been composed of primarily Family Guy writers, but there’ve been about maybe four folks that have been brought on from other places,” he said, according to the Huffington Post. “But for the most part I’ve been allowed to assemble my own staff, and we’ve tried to find a balance of people that I’ve worked with for a lot of years and that know my rhythms and some new people as well, a few of whom have worked on past Oscar ceremonies.”

The Oscars: What you didn’t see on TV >>

MacFarlane said he is happy he did the show, but is now just as happy to be able to work on the things he knows best, and be safe in a place where he can tell boob jokes without criticism.