When there’s an opening on the American Idol judge’s panel, why don’t they get an average Joe to represent the rest of us? We’re the ones who buy the music. Three music industry insiders and one regular guy. With Keith Urban, we get both. He’s an acclaimed music legend with an undeniable realness about him. Here, he gives us an inside peek at being a judge, what a morning with the fam is like, and answers if he and “Nic” will ever do a duet… 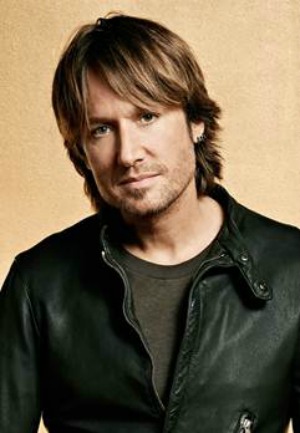 So much talent, so little time…

We can only imagine the pressure of the American Idol contestants — what it takes to perform in front of some of the music industry’s most successful people. But what it’s like for the judges? Are they feeling the heat, too?

When Michele Angermiller of Hollywood Reporter pointed out that Keith Urban is extremely honest and fights for his favorite contestants, Keith said, “I’m just like that in life. It’s hard. It’s the four of us up there and if needed, we also had Jimmy Iovine to be tiebreaker. So there’s any amount of people weighing in.

I’m one voice of quite a few and it’s particularly hard if there’s somebody I really like and I vote for them. All it takes is the other three saying, ‘No,’ and they’re done. There’s nothing I can do. And unfortunately sometimes, I might have to be the person who delivers the news to that specific person as well. So that’s particularly hard for me because I get connected with these artists and I see something in them that I wish got a chance to shine a bit more next week. It’s really disheartening to see them have to go.”

Leave it up to Keith to stay out of any perceived judge controversy. When asked about his relationship with Nicki Minaj, Keith had nothing but good things to say.

“I’d never met Nicki before the show. We flew up to New York the night before the very first day of shooting and we all went to dinner, Ryan, and Nicki and Mariah and myself, Randy. We all went out and that’s the first time I got to meet certainly Mariah and Nicki. I’d met Ryan and Randy before. But the very next day, when we got into shooting, what I really liked about Nicki was just her straight shooting directness. For me, growing up in Australia I like being around people that are just absolutely raw and straight and tell it like it is. So I just kind of clicked with Nicki right from the get go.”

What’s Keith’s secret to getting along with everyone, including Mariah Carey? Keith explained, “I clicked with her the first time I met her. For me, I’ve always found this immediate connection with singers and musicians in general because I’m so used to playing in bands. I’ve been in bands where we’ve had guest artists come up and sing. So for me, when I joined this panel I felt like I just joined a band, you know, I’m on guitar. Randy’s on bass, we’ve got two chick singers and this is our band. That’s what it feels like to me.” 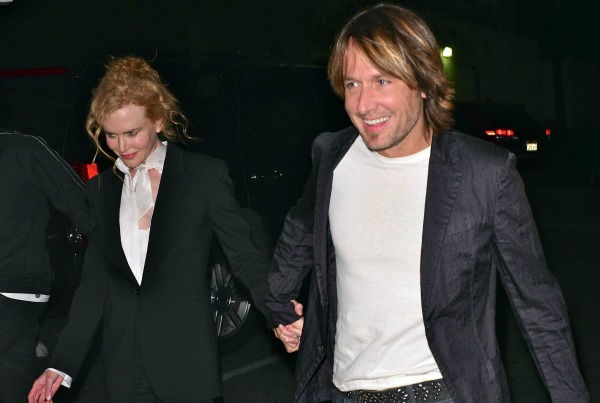 Keith and the Urbans

Will Keith and wife Nicole Kidman, who proved she’s got pipes in Moulin Rouge, ever do a duet? Keith doesn’t think so. “I think the only one that you can find is on YouTube when we inducted sort of Simon Baker into the Good Day USA Hall of Fame. We put a little song together and we both sang that for him, but past that, no I think nothing professional. We just enjoy singing at home.”

When asked if Keith’s daughters, Sunday Rose and Faith, have any interest in music, Dad answered, “I don’t know. It certainly won’t be through lack of access to it all. We have instruments around the house and I sit at the piano and play with both the girls. Just this morning I had the music cranked up during breakfast and they would sort of eat a bit and then start dancing around the floor and then go back and eat a bit more and then dance a bit more. I just thought, ‘What an awesome way to start the morning, having a little food and dancing.’” 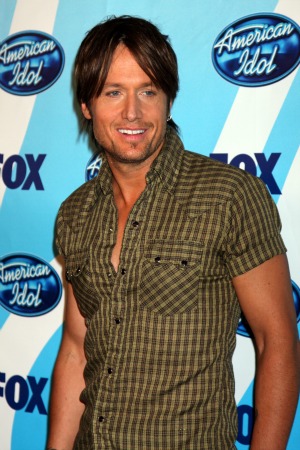 Every time we turn around, Keith and Nicole are canoodling on the red carpet or playing in the surf. I asked him how he balances concerts tours, appearances, being an Idol judge, husband and dad.

I think like a lot of the times it looks exponentially more — it just looks more from the outside. I think the way it actually works from day to day is navigated a lot more peacefully than I think it would probably appear on the outside. That’s not every day certainly, but most days it’s balanced pretty well.

I have an extraordinary team around me because it really does take a village. I’m certainly not doing everything on my own. I just have tremendous thanks for all the help I have to make all of this happen. And I have an extraordinary wife in Nic who’s an amazing mother. She just does a beautiful job of helping keep it all in balance.”