ABC’s eyeing more Once Upon a Time. The network’s planning a spinoff centered on a recurring character. Alice in Wonderland’s Mad Hatter will be the focus of the new series. 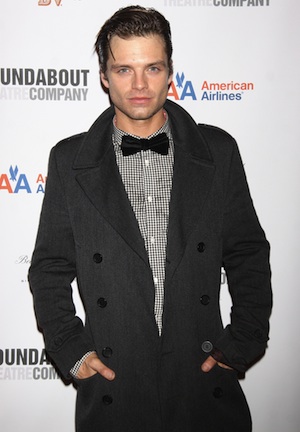 Once Upon a Time‘s halfway through its second season and ABC has big plans for its future. The drama’s still fairly new but they’re already working on a spinoff.

According to The Hollywood Reporter, the network’s chosen the Mad Hatter for a solo adventure. The role is currently played by Sebastian Stan, who’s appeared in six episodes since 2012. Unfortunately, because of his busy schedule he won’t star in the spinoff.

Sebastian Stan mad for Once Upon a Time >>

The trade claims, “ABC and the producers hoped that Stan could have continued, but he was unavailable for long-term work.” That’s understandable considering his part in next year’s Captain America: The Winter Soldier. He’s one of the film’s primary leads and we’re not sure he’d have time for the pilot.

The spinoff will be produced by Once Upon a Time showrunners Adam Horowitz and Eddy Kitsis. If they find a replacement for Stan, the pilot could join hopefuls for the fall 2013 season.

The network’s not sure if they’ll make it a backdoor pilot (to air during Once’s run) or a traditional pilot shot from scratch. The Mad Hatter is a famous character from Alice in Wonderland and they’ve already covered quite a bit of its history on Once.

Once Upon a Time casts a big bad mother >>

Not only has the Mad Hatter appeared multiple times, but they revealed Regina’s mother Cora (Barbara Hershey) as the Queen of Hearts. The only thing that’s missing is Alice herself.

Who do you think should play the new Mad Hatter?