While many of you were watching the show at home on the couch, SheKnows was on the red carpet and backstage in the press room. Here’s what you didn’t see on TV. 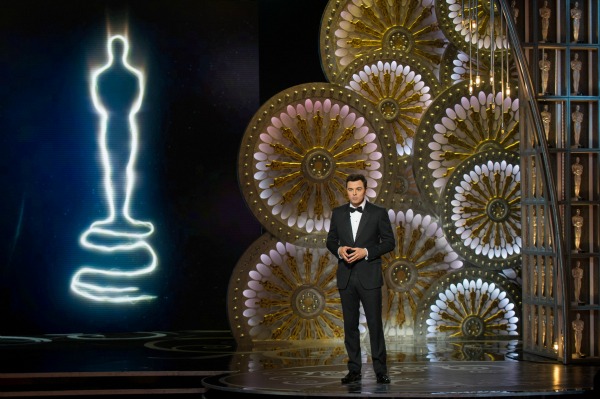 The Oscars have come and gone for another year. While many of you watched from the comfort of your own home, SheKnows was there on the red carpet and backstage in the press room.

Here are a few things you didn’t see on TV.

With more stars than ever in this year’s show, it was hard to keep up with the parade of celebrities that came by in the last 30 minutes of the red carpet show. Within three minutes, Hugh Jackman, George Clooney, and Nicole Kidman with hubby Keith Urban stopped by for interviews. It was an A-lister overload.

The classiest couple on the red carpet turned out to be Michael Douglas and Catherine Zeta-Jones, who stopped at every outlet for an interview and photos. Many other stars walked on by without even acknowledging the media. George Clooney and Stacy Keibler came a close second in terms of friendliest star on the carpet. Clooney even shared that he was ready for a “cocktail” before the show even started. 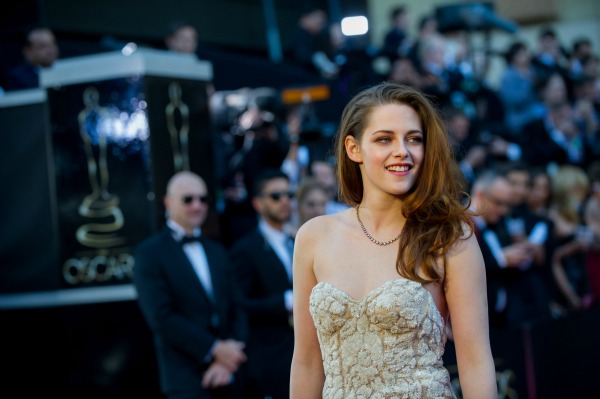 3. Kristen Stewart and her crutches

Kristen Stewart was struggling beyond belief with her crutches down the red carpet. She would pass along her crutches to a publicist, hop on over to a photo area, and then hobble back to retrieve her crutches. It appeared she was in a bit of pain and probably suffereing from exhaustion after limping down the 500-foot red carpet.

Actor David Arquette was reporting for SiriusXM Satellite Radio working with Howard 100 News, Howard Stern’s outlet, and sitting next to SheKnows in the press room backstage. He looked a little out of place as he was the only one without a laptop as he scratched notes on a pad of paper with a pen.

SheKnows managed to grab him for a quick interview.

When asked why he was there, he told us, “I love the behind the scenes and I love the press. I’m trying not to ask off-color questions. I’m going to be here all night if they don’t throw me out.”

He did stay all night, but The Academy did not allow him to ask another question after he asked Best Animated Short winner for The Paperman, John Kahrs, about the condoms in the nominees’ gift baskets. It’s true that a box of condoms were included in the Distinctive Assets gift basket, but that is when Arquette had the microphone pulled away from him.

Right after that incident, the entire press room was reprimanded about asking appropriate questions. Arquette mumbled under his breath, “It was for me,” implying he was the one who caused that announcement.

One other interesting fact? It was Arquette’s first time at the Oscars.

No one is more jaded than the press and for once, they were impressed. They not only laughed throughout Seth MacFarlane’s jokes, they were thrilled with some of the surprise winners, and they all stopped dead in their tracks when Barbra Streisand sang. You could see the respect on their faces and she even received major applause in the room. That’s a rare sight in the press room.

All around though, this was the best show The Academy of Motion Picture Arts and Sciences has put on in years. While not every performance, like the closing number, was successful, it offered something for everyone in a year filled with big box office nominees and several indie films vying for the title of Best Picture.

Only 364 more days to go until the next Academy Awards!