Did The Onion go too far? We think so. 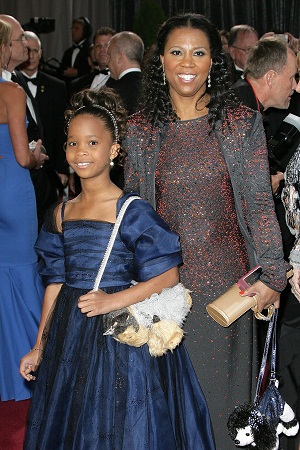 There’s nothing cuter than a little girl all dressed up and excited. At age 9, Quvenzhané Wallis was one of the youngest people ever to be nominated for an Oscar.

It was a huge night for the precious little girl. Her movie, Beasts of the Southern Wild, was up for multiple awards and there wasn’t a dark cloud in her sky.

Quvenzhané and other young Oscar noms >>

That is, until The Onion went from satirical news to classroom bully in just one tweet. The tweet we’re talking about said, “Everyone else seems afraid to say it, but that Quvenzhané Wallis is kind of a c*nt, right? #Oscars2013”

Ouch! Really? If, for some reason, Quvenzhané had acted like a brat during the ceremony or on the red carpet, there are probably a million words The Onion could have used to get its point across. That one, though, is just a little too harsh.

First, that’s still a word that even the filthiest of American mouths don’t often spew. More important, though: Quvenzhané is 9 years old! No 9-year-old should ever be subjected to a comment so vulgar.

Seth MacFarlane kills it at the Oscars >>

Many of The Onion‘s followers agree. It sounds like quite a few of their readers ended up unfollowing the fake news site’s Twitter feed. The people at The Onion quickly realized their mistake and deleted the cruel message within an hour after it was posted, but the damage was already done.

The Oscars changes its name >>

On Monday, The Onion‘s CEO Steve Hannah issued a public apology for the monumental mess-up.

“No person should be subjected to such a senseless, humorless comment masquerading as satire,” Hannah said in a statement on The Onion‘s website. “Miss Wallis, you are young and talented and deserve better. All of us at The Onion are deeply sorry.”

What do you think? Did The Onion go too far?