Andrea finally decides to do some investigating of her own at the prison, which will get the group in a whole lot of trouble. 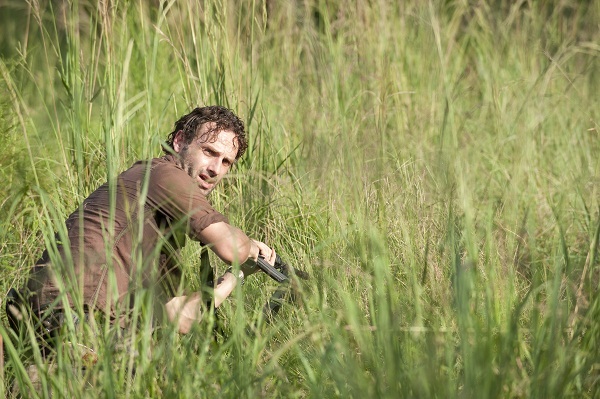 Carl (Chandler Riggs) may be a kid of few words, but he uses those words wisely. The Walking Dead fans used to be annoyed with Carl, but after killing his own mother, he’s certainly not the naive kid he used to be. Instead, he’s wised up and even decided to tell Rick (Andrew Lincoln) that he should step down from being a leader. Hershel and Daryl (Norman Reedus) should run the show now. It doesn’t exactly happen, but Rick hears him out.

A character that hasn’t made as much progress, Andrea (Laurie Holden), is surprised to find out that the Governor went to the prison and that there was a shootout. Now his men are starting an army — complete with child soldiers — and turning Woodbury into their training grounds. Yet, she still believes him when he says that it was her friends who started it. The Andrea we all knew was smarter than that, but she just refuses to see what’s right in front of her.

She does, however, decide to pay the prison a visit. She tries to keep it from the Governor, but of course he knows what’s going on. Along the way, she runs into that small group of people Rick just went crazy on and kicked out of the prison. She tells them they can find a home in Woodbury. Nothing good can happen for these poor folks.

At the prison, Andrea sees a side of her friends that was different than everything the Governor has been saying about them. They were the people she remembered them as (except for Rick, who is obviously grumpier and now sees ghosts). She’s greeted with some well-deserved hostility and then spends some time with each person and it appears she’s starting to see the truth. Her friends are still good people and the Governor is a one-eyed dictator who is only attractive because there aren’t a lot of men left.

Carol tells Andrea she can end this war and keep the Governor from killing everyone if she kills him first. She suggests that Andrea give him the night of his life, and when he’s passed out, she should kill him. She was able to complete the first half of her mission but then stood over him naked with a knife and wimped out. No surprise there.

Are fans going to have to start ripping on Andrea like they did about Lori for this nonsense to end?