The singer is only 24 and a singer, but she’s already accomplished what many actors only dream of. 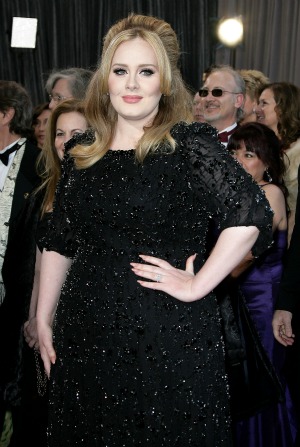 While it has been a goal for many actors for a long time, you could say the EGOT became famous from the 30 Rock episode on the topic.

EGOT stands for Emmy, Grammy, Oscar, and Tony — and only a few people have ever achieved it. In the 30 Rock episode, actor Tracy Jordan hopes to achieve the goal and asks for advice from one of the few EGOT winners — Whoopi Goldberg.

At the 2013 Oscars, singer Adele found herself halfway to that goal, without it even being her goal. The 24-year-old, who already has numerous Grammys, wrote the song “Skyfall” for the James Bond film of the same name. It doesn’t seem like she knew she would be at the Oscars when she recorded the song. Then She was asked to sing at the ceremony — and seemed shocked when she won that much-coveted Oscar.

The most “interesting” Oscar musical performances of all time >>

The new mom was emotional as she accepted her award and in fact seemed to be fighting back tears even as she walked to the stage, but her speech was fast and sweet. She thanked a few people, including co-writer Paul Epworth and “my man,” and then gave it over to Epworth. She ended by saying, “You’re all amazing as well.”

The singer doesn’t seem to understand she has achieved what many performers dream of, but she seemed appreciative of the award. Adele will have to join the stage and get on television if she is hoping to get that EGOT, and neither seems very likely, at least not in America. On the other hand, she is only 24!

She is focusing on her personal life these days with boyfriend Simon Konecki as well as her new baby, who was born in October. Her attempt to step back from the limelight makes her Oscar win seem like an even more pleasant surprise.