Just months after Joaquin Phoenix bad-mouthed awards shows, the most famous of awards show hosts sang a song bad-mouthing him back. But was it payback for what he said or just topical? 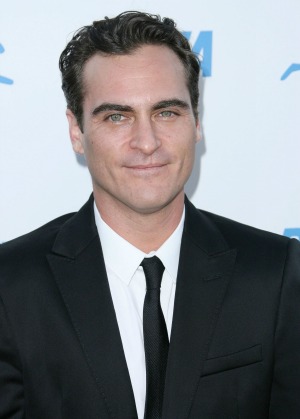 Awards shows hosts always seem to have the choice of being a nice host — sometimes entertaining, sometimes not — or of making cracks about Hollywood actors, a path Ricky Gervais made so famous during the Golden Globe Awards a couple years ago.

The Master movie review: What master do you serve? >>

Oscars host Seth MacFarlane seemed to get a second chance at making the decision. His opening performance featured Captain Kirk (rather, William Shatner) calling him from the future to tell him what he would do wrong, and MacFarlane attempted to redo those things.

After that opening number, however, he seemed to forget those tips and sang a song making fun of a few actors. One of the actors he made fun of was one who had bad-mouthed awards shows just a few months ago. In the song, MacFarlane honored Joaquin Phoenix as an actor — and added that the Academy hopes he is on his meds tonight.

The Oscar camera panned to Phoenix in the crowd, and he did not look amused.

SAG Awards withhold their carrots from The Master >>

The actor’s presence at the awards ceremony may be a surprise to many who have been following his moves. He was nominated in both 2001 for Gladiator and 2006 for Walk the Line. Then last year, he starred in The Master, a film on many critics’ Oscar lists.

Before nominations were even announced, Phoenix commented on his less-than-favorable view of awards season.

“It’s totally subjective. Pitting people against each other… It’s the stupidest thing in the whole world. It was one of the most uncomfortable periods of my life, when Walk the Line was going through all the awards stuff and all that,” he told Interview magazine back in October. “I never want to have that experience again. I don’t know how to explain it — and it’s not like I’m in this place where I think I’m just above it — but I just don’t ever want to get comfortable with that part of things.”

19 years after he died, last River Phoenix movie to be released >>

However, on Oscar night, he is a part of it. Phoenix was nominated for his part in The Master and did indeed show up for the ceremony. The actor can be considered one of the best in Hollywood and will keep being invited to the shows as long as he keeps putting out the performances he has so far.

11 hrs ago
by Lily Shell