SheKnows caught up with The Hills star Kristin Cavallari on the red carpet at the QVC Oscars pre-party. Find out what the new mom plans to do to celebrate the 2013 Academy Awards! 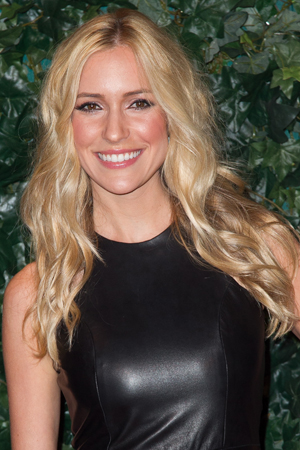 Kristin Cavallari was flying solo at the 2013 QVC Oscars pre-party — fiancé Jay Cutler was in Nashville for Chicago Bears football camp — but she still looked ready to party.

The QVC party was about the extent of her Oscars-weekend partying, though.

“I just got invited to a big party that I don’t think I’m gonna do,” the designer told SheKnows. “I think I’m going to be in pajamas on my couch.”

It sounds like new son Camden Jack has grounded her a bit, huh?

“I’ve done all the parties and stuff before,” she continued. “But, I’m so lame these days.”

We couldn’t resist asking a few questions about her upcoming wedding. The former reality star admitted that the couple has everything planned, but she wouldn’t reveal a thing about the details.

Cavallari was more willing to talk about her new, eponymous jewelry line.

“It’s all just very simple pieces that you can mix and match with your own stuff,” she said of the fun and affordable line. “I’m all about layering necklaces and stackable bracelets and all of that fun stuff.”

Sounds like the pieces will look great with the upcoming spring trends.

“I am loving leather,” Cavallari said of the new spring trends. “It’s a fun time of year because now you can start wearing spring stuff and incorporating fun colors.”

Then and now: Oscar nominees’ fashion evolution
Best dressed of Oscars past
Academy Awards dresses: Who did it better?