It’s safe to say that Argo star Clea DuVall had a good time working with Ben Affleck. The actress talked to SheKnows at the QVC Oscars pre-party and dished on all things Affleck. 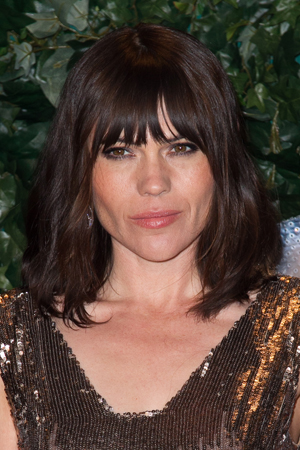 Ben Affleck and his team had a huge task in re-creating the drama in Argo, but star Clea DuVall said the set was more fun than serious. The actress met up with SheKnows on the red carpet at the QVC Oscars pre-party this weekend and said working with the actor was a blast.

Get sloshed on Sunday with the Oscars drinking game >>

“It was such an amazing experience,” DuVall told SheKnows of filming the Oscar-nominated film. “It’s been fun watching the journey continue in this way.”

Why did the actress — who plays Cora Lijek in the critically acclaimed film — like working with him so much? It’s simple, she said.

2013 Academy Awards predictions: And the Oscar goes to… >>

“Because he’s a very smart man and he’s a very kind man,” she continued. “He just treats everyone with such respect and puts so much trust in everyone that it helps you trust yourself even more. The energy he creates that he projects on set makes everyone feel confident. Even if that’s not how he’s feeling, you’d never know.”

DuVall won’t be sitting with her Argo colleagues during the Oscars ceremony, though.

“I will be watching from somewhere, for sure,” she said.

The Oscars: A guide to movies you probably haven’t seen
Ethan Hawke jumps on the Oscars-bashing bandwagon
How the Oscars is trying to improve its cool factor