The stars spent a day by the beach at the 2013 Independent Spirit Awards, and the presenters took home some swag after spending time in the Offical Presenter Gift Lounge. Take a look at what they received! 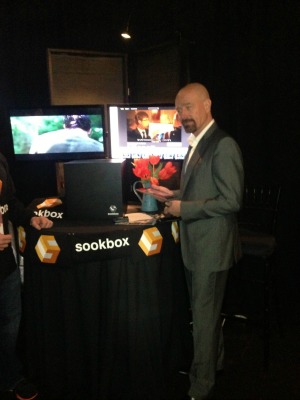 The day before the Oscars is always one of the most relaxing days for many stars because many are also nominated for an Independent Spirit Award. These awards honor the best in the independent film industry.

The show is laid-back and fun because it takes place just a few feet away from the beach in Santa Monica, California. On a beautiful, sunny Saturday, SheKnows was lucky enough to head down to the awards and spend some time backstage in the Official Presenter Gift Lounge.

The gifting suite for the Indie Spirit Awards ran concurrently with the show, so presenters would head back to the tent behind the main stage after their category was over. While we were walking over to the gifting area, we ran right into Beasts of the Southern Wild director Benh Zeitlin, who was enjoying a cocktail just moments before the show began.

Upon entering the suite, we were greeted by multiple booths offering swag to the celebrities who were presenting at the show. The items given to the stars covered a lot of ground from vacations to gym memberships, sunglasses, undergarments, and clothing.

There was something for everyone, and the lounge offered a glimpse of what it’s like to be considered a brand influencer because you’re in the public eye.

Here are just a few of the items given to the stars at this year’s Indie Spirit Awards: 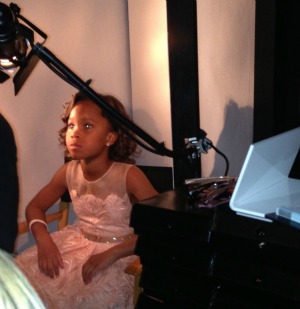 Who was enjoying the gifts? While SheKnows was there, 9-year-old Quvenzhané Wallis, Sex and the City actor Kyle MacLachlan, Oscar winner Marcia Gay Harden and Argo star Bryan Cranston were all picking up their goodies on Saturday afternoon.

If this gifting strategy seems ridiculous when celebrities already earn large salaries, companies find that it’s a marketing strategy that works. Believe it or not, we are often influenced by what we see on TV and in magazines. That’s why the stars get their hands on cool stuff first.

However, some stars know how to keep things in check and not get too greedy. In fact, Quvenzhané’s mother returned a gift certificate for the vacation in Belize when she realized they had already received the same one earlier in the week.