The Department of Justice has joined a whistle-blower lawsuit against Lance Armstrong in the wake of his doping scandal. Who stands to gain the most? 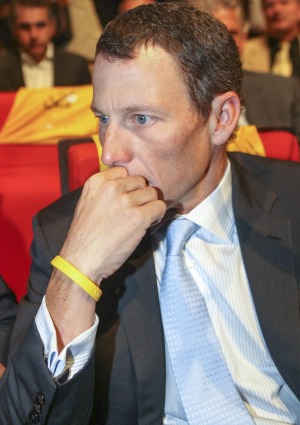 Things have gone from bad to worse for disgraced cyclist Lance Armstrong. Not only has he had all of his Tour De France wins stripped and his reputation irrevocably tarnished after his years of doping were finally discovered, but now the Department of Justice (DOJ) is after him.

The DOJ has joined a whistle-blower lawsuit against Armstrong, alleging that by using performance-enhancing drugs and pressuring teammates to do the same, he defrauded his sponsor — the U.S. Postal Service — out of million of dollars.

“Today’s action demonstrates the Department of Justice’s steadfast commitment to safeguarding federal funds and making sure that contractors live up to their promises,” Stuart F. Delery, principal deputy assistant attorney general for the civil division, said in a statement.

The Postal Service paid $31 million in sponsorship fees between 2001 and 2004 and now says that partnership is “unfairly associated with what has been described as ‘the most sophisticated, professionalized, and successful doping program that sport has ever seen,'” Ronald C. Machen Jr., U.S. attorney for the District of Columbia, told CNN.

“In today’s economic climate, the U.S. Postal Service is simply not in a position to allow Lance Armstrong or any of the other defendants to walk away with the tens of millions of dollars they illegitimately procured. This lawsuit is designed to help the Postal Service recoup the tens of millions of dollars it paid out [to] the Tailwind cycling team based on years of broken promises,” Machen said.

Added General Counsel and Executive Vice President Mary Anne Gibbons, “The defendants agreed to play by the rules and not use performance-enhancing drugs. We now know that the defendants failed to live up to their agreement, and instead knowingly engaged in a pattern of activity that violated the rules of professional cycling and, therefore, violated the terms of their contracts with the Postal Service.”

The suit also accuses the cyclist’s former management team of participating in the fraud because they knowingly did nothing to stop the drug use.

The DOJ joined forces with Armstrong’s former teammate Floyd Landis, who stands to make some serious coin if the matter is decided in the DOJ’s favor. He will claim several million dollars if his side wins, based on a percentage of what the government would recoup. Armstrong may lose everything.

Armstrong’s lawyer Robert Luskin was disappointed in the move.

“Lance and his representatives worked constructively over these last weeks with federal lawyers to resolve this case fairly, but those talks failed because we disagree about whether the Postal Service was damaged,” Luskin told CNN. “The Postal Service’s own studies show that the service benefited tremendously from its sponsorship — benefits totaling more than $100 million.”

This is the second case brought against the fallen cycling hero. A Dallas promotion company is suing for $12 million because it was forced to settle another lawsuit when Armstrong adamantly denied doping.