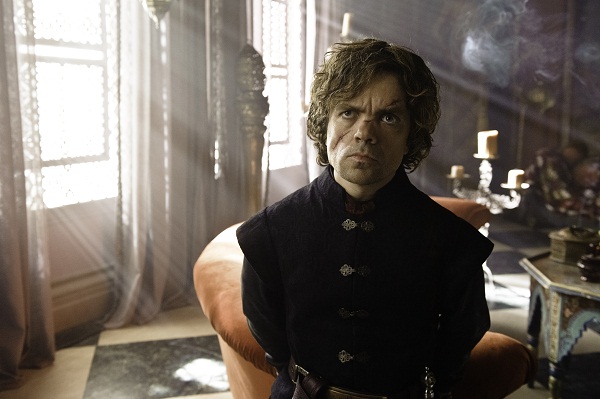 Game of Thrones hardly needs more promoting — it’s one of the top shows in the country (or at least the most pirated one, anyway). However, HBO won’t be happy until the entire world tunes in for each new episode — but it’s only a matter of time, really.

Read our announcement from this morning >>

To help amp up viewership even more, HBO allowed Jimmy Kimmel Live! to air a very special sneak peek from the upcoming Season 3 of Game of Thrones. In case you were — you know — out on a Friday night, we’ve got you covered. Check out the sneak peek right here:

Game of Thrones isn’t the first book (or first in a series of books, in this case) to be turned into a television show, of course. There have been quite a few. But there’s no doubt in anyone’s mind that it’s the most popular. While Sex and the City (originally a book by Candace Bushnell) became a long-standing favorite, Game of Thrones has become a phenomenon with no end in sight. The books have been a hit with fantasy fans for years, and now the fresh new show is being devoured by readers and nonreaders alike.

This isn’t the first promo for Season 3, either. Earlier in the current season, we were also offered the eerie video of the three-eyed raven flying over what looked like Game of Thrones landscapes and also somewhat modern areas. All the while, a man with a rather haunting voice sang quietly. However, until tonight, we hadn’t seen much of the characters, and we’d heard very little of what we could actually expect from the upcoming season. According to a super-short promo from HBO, we should expect “chaos.”

Season 3 of Game of Thrones begins on March 31, and we’re all dying to see what happens to Khaleesi and all those adorable Stark kids.