The cat is out of the bag! Justin Timberlake and Jay-Z have announced their “Legends of the Summer” stadium tour, which will hit 12 North American cities beginning July 17. 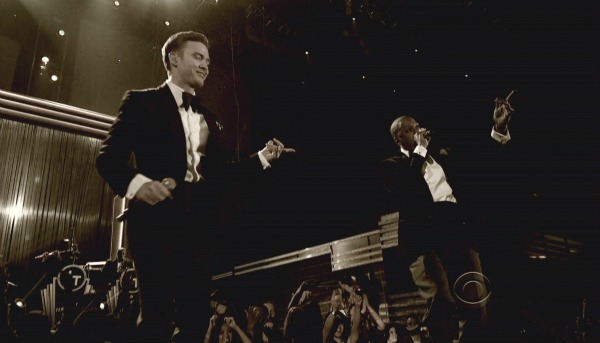 The worst-kept secret in the music industry has finally been confirmed: Justin Timberlake and Jay-Z will tour together this summer. The stadium tour has been named “Legends of the Summer,” and the duo will hit 12 cities, beginning in Toronto on July 17.

The tour will hit other major North American cities, including New York, Chicago, San Francisco, Boston, Los Angeles, Vancouver, Detroit, Baltimore and Philadelphia. The final stop will be in Miami on Aug. 16.

Don’t forget to mark your calendar because tickets officially go on sale at Live Nation beginning Feb. 28, except for tickets for the New York show, which will be available at a later date. Be sure to check out the Live Nation Facebook page because presales are already happening. The concert is guaranteed to be one of the hottest tickets of the summer.

If you’re excited about Timberlake’s big comeback, rest assured there will be plenty of media appearances to support the launch of his new album on March 19. From a guest-host gig on Saturday Night Live to a weeklong appearance on Late Night with Jimmy Fallon, the Grammy winner will be everywhere.

Two singles from his upcoming album, The 20/20 Experience, have already been released. They include the hyped “Suit & Tie” as well as the eight-minute-long “Mirrors.” Other upcoming singles include “Pusher Love Girl” and “That Girl,” which should definitely whet the appetite of Timberlake’s fans.

Fans across the pond will be able to catch each musician separately at the Wireless Festival at Olympic Park in London. Timberlake will headline the Friday, July 12, lineup alongside John Legend, Snoop Dogg, Trey Songz and special guest Frank Ocean.

Are you going to see Jay-Z and Justin Timberlake in concert this summer?