Lena Dunham was unceremoniously thrown to the wolves this week when her so-called friend Lisa Lampanelli referred to her as “my n***a” in a twit pic. Now, she’s speaking out. 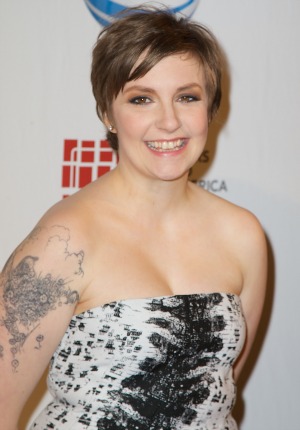 Last week on Girls, Lena Dunham was called a racial slur by one of her pals and remained silent about it until someone called her out on Twitter.

Oh sorry, that wasn’t a plot device — that actually happened.

Dunham’s friend Lisa Lampanelli posted a twit pic of the actress with the caption, “Me with my n***a ?@LenaDunham of ?@HBOGirls — I love this beyotch!!??”

Obviously, this made a lot of people extremely uncomfortable, even more so when comedian Lampanelli tried to defend herself by saying it means “friend” and refusing to stop using the word.

An open letter to Lena Dunham about Girls >>

“Ask any person who knows the urban dictionary, it means ‘friend,'” she said, according to the Huffington Post. “I have been using these words since I started in comedy and guess what, people? I won’t stop anytime soon, just because your ass is up on Twitter.”

Fans of the Girls star were getting more and more frustrated because she didn’t step up to smack her pal down for using such an ugly word in a nonchalant way, but Dunham finally spoke up today on Twitter after she was called out by a journalist.

“That’s not a word I would EVER use,” Dunham wrote. “Its implications are beyond my comprehension. I was made supremely uncomfortable by it.”

“Perhaps I should have addressed it, but the fact is I’ve learned that twitter debates breed more twitter debates. Don’t like the idea that my silence read to you as tacit approval. It wasn’t. But 140 characters will never be enough for the kind of dialogue that will actually help us address issues of race and class.

“My personal criteria for engaging in twitter debate: I wait until something just sits so wrong in my belly & bones that I must finally speak… I’m sorry that any of those feelings were evoked for you, especially by a sentence with my name in it.”

“To me, it’s acceptable if the joke is funny and if it is said in a context of no hate. It’s about taking the hate out of the word.”

Tell us: Is it OK to use the N-word under any circumstances?