Oscar Pistorius has been freed on bail and will remain out of jail for the six to eight months it will take his murder case to go to trial. 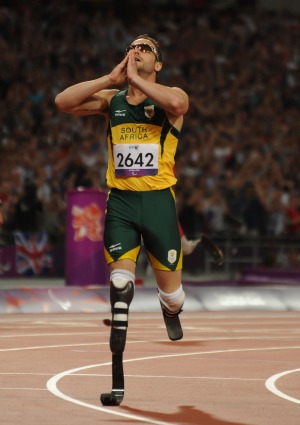 Oscar Pistorius bent his head and wept and his family cheered as a magistrate announced the Olympian would be released on bail pending trial in the shooting death of model Reeva Steenkamp.

In a 90-minute speech, Magistrate Desmond Nair delivered a scathing criticism of Detective Hilton Botha and the prosecution, saying they “made several errors and concessions during cross-examination.”

Nair said Botha did not show Pistorius had a propensity toward violence because the few prior incidents discussed were not detailed enough, that he forgot to include several key items in evidence and that the prosecution did not establish if Pistorius actually owns a home in Italy where he could flee.

Botha, who himself stands accused of seven counts of attempted murder in a separate incident, was removed from the Pistorius case late yesterday.

Defense lawyer Barry Roux argued it would be impossible for Pistorius to flee the country as his prosthetic legs could not go unnoticed through security and he needs constant medical attention for his leg stumps.

“The poor quality of evidence presented by the chief investigating officer exposed disastrous shortcomings in the state’s case,” Roux said.

Bail was set for 1 million rand ($113,000). The athlete must hand over his passport and all guns he owns, and cannot leave the district of Pretoria without the permission of his probation officer. He is not allowed to return to his home, which is still a crime scene.

Pistorius maintains he killed Steenkamp after mistaking her for a burglar. His next court appearance has been set for June 4.