Justin Timberlake has two major reasons to don a tuxedo. 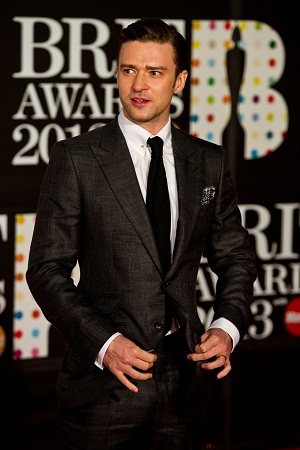 A couple weeks ago, teen pop sensation Justin Bieber took over Saturday Night Live. He performed on and hosted the show and actually did a decent job. There are plenty of people who could do the job better, but could they draw in as many people? One person definitely can. His name is Justin Timberlake and he’ll do exactly that on March 9.

That time Justin and Jay-Z performed at the Grammys >>

That’s not all he’s up to lately. To help promote his new album, The 20/20 Experience, Timberlake will also be on tap for a little Late Night with Jimmy Fallon. Starting the Monday after his SNL appearance, JT will spend a week doing a residency on the show between March 11-15.

This is awesome news! Not only will we quite possibly have five nights of brand-new songs from Timberlake, but we’ll also get a chance for Jimmy and Justin to use their humor together.

“Suit and Tie” video and review >>

During Timberlake’s four times previously hosting Saturday Night Live, he’s proven he’s quite the comedian! We’re about to get a lot of music and plenty of laughs.

Since announcing his single on Twitter just a few short weeks ago, Timberlake has been blowing it up. It looks like he’s done acting for a while and ready to get his hands dirty in the music business again. There was that swagger-filled Grammys performance, followed by his appearance on the UK’s Brit Awards. There’s also that blue-eye filled Target commercial for the new album that seems to appear during every break.

Justin Timberlake performs across the pond >>

The television may not be the only place you’ll be able to see and hear Timberlake perform either. It sounds like he’s on his way to a major stadium tour that may even include a double-headliner with, you guessed it, Jay-Z (who recently landed the job of scoring the The Great Gatsby)!

Considering his first single was “Suit and Tie,” we vote for a fancy dress code for the shows. We want lots of guys mimicking JT’s sexed out and dressed up style!