Beauty and the Beast takes the “annoying little sister” stereotype and turns it up. 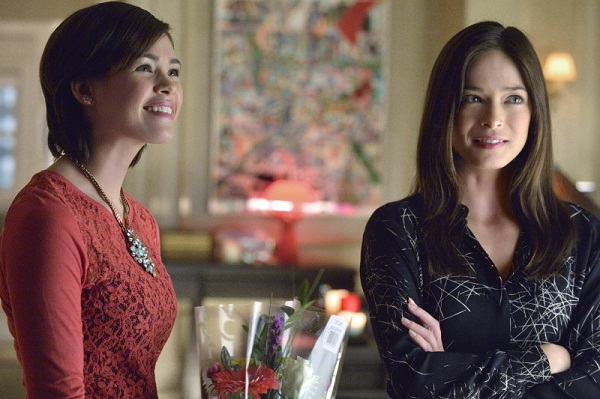 The latest episode of Beauty and the Beast was all about Heather, and that’s just not OK.

Last week was monumental. After weeks of the “Will they? Won’t they?” game and dealing with that stinkin’ redhead, Cat (Kristin Kreuk) and Vincent (Jay Ryan) finally decided to be together. There was even that super-romantic flashmob gesture! This week nearly ruined it all over again. Why? Because Heather exists.

When we last saw Cat and Vincent, they were tangled up in a kiss as Heather walked in and yelped something along the lines of “Hey guys!” and completely destroyed the moment. This episode picks up almost immediately after that moment, and perky, nosy Heather has tons of questions for her big sis once Vincent flees.

So, in an effort to calm Heather’s suspicions, Cat agrees to have Vincent over for dinner… just the three of them. Only Heather decides she’ll invite her brand-new boyfriend, too! The incident makes Vincent uneasy but sends Cat into panic mode. In the process of trying to make things seem normal during dinner, they’re caught in a few lies, and that sets Heather on edge. Later, after revealing she has a picture of Vincent from their dad’s wedding, she catches Vincent going into her room to get the picture, and her remaining effort to like him goes flying out the window. 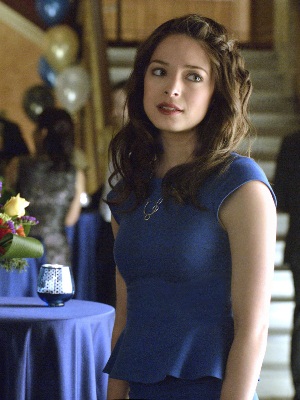 So, how does Heather address her distrust of Vincent? By going to the station and having Cat’s partner search his name. Then she brings Tess in on some weird kind of dating intervention. Heather even tries to diagnose Cat’s behavior from the previous night’s dinner. The whole thing is overly dramatic and absolute lunacy.

Later, things are made even worse when they go to an event at Heather’s boyfriend’s club and Cat asks for the flash drive with the wedding pictures. She needs to delete the ones of Vincent in order to keep him safe. Since she can’t thoroughly explain that to Heather, they end up in yet another huge fight.

The next thing we know, Heather and her boyfriend are at a new club — but being dragged out the back door. Some goons beat up her boyfriend because he owes them a significant amount of money. Heather’s reaction? She gets loud and screechy and tries to interfere. One of the guys decks her, though, and that (thankfully) shuts her up. The fight ends when, of course, Vincent shows up to finish off the goons after they kill the boyfriend. Whoops.

The incident immediately makes Vincent worry they’re putting Heather in too much danger. He doesn’t want her to get hurt or for Cat to know the pain of losing a sibling. Later that night, they almost break up. But, after a rousing speech from Cat, they end up making out instead — this time without any interruption from Heather.

Is it just me?

Or is Heather really annoying? Is loving her sister unconditionally enough to redeem her?