HBO’s rolling out the red carpet for Game of Thrones. The third season is right around the corner, so the network’s beefed up the show’s marketing. This Friday, a new, exclusive trailer will debut on Jimmy Kimmel Live! 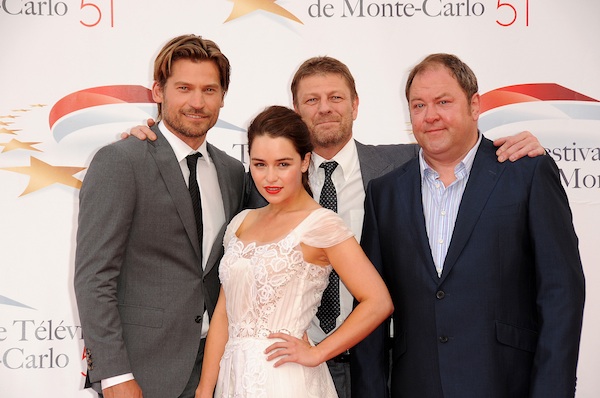 Are you going through Game of Thrones withdrawal? Don’t fret. The HBO fantasy returns next month with its highly anticipated third season. The network’s announced that a new trailer for the show will premiere Friday, Feb. 22.

HBO’s turning it into a multimedia event. The footage won’t debut online or even on HBO — that honor goes to ABC. Talk show Jimmy Kimmel Live! has first dibs on the new promo. Talk about an exclusive.

Game of Thrones adds fresh meat to its cast >>

It turns out that Kimmel is a huge fan of the series, so he’s the perfect guy to usher in its return.

He joked, “I am so excited about this trailer, even I might watch my show.”

After its initial East Coast airing, the 60-second spot will immediately appear on the official Game of Thrones YouTube channel.

Game of Thrones is based on the popular book series A Song of Ice and Fire, by George R.R. Martin. The Emmy- and Golden Globe Award–winning drama chronicles an epic struggle for power within a vast and violent fantasy kingdom.

Game of Thrones’ Peter Dinklage signs on for X-Men >>

Are you excited for the new season?