The new season of Top Model will make it a whole new game. 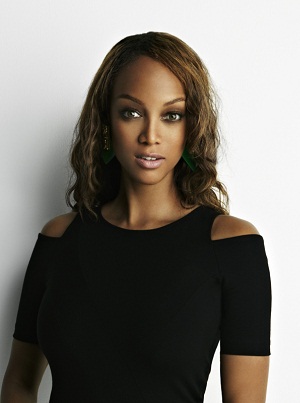 The 20th season of America’s Next Top Model is coming up, and to celebrate that cycle-versary, the show’s producers have added the twist of a lifetime: This time, they’ll add boys to the mix!

That’ll help ’em compete against that other new modeling show >>

It sounds like they’ll actually be competing against the girls, too — not just each other. The end could very well come down to a battle of the sexes. Eight men and eight women will compete against each other in a fight on and beside the catwalk in order for one person to become America’s next top model.

With a new cycle and a new winner come new prizes, too. What’s up for grabs along with the title? For starters, there’s a $100,000 national ad campaign with Guess, whose advertising campaigns have launched many modeling careers. Winners will also earn a feature in Nylon magazine, as well as a modeling contract with Next Model Management. Nice!

As for the rest of the cast, all the usual Top Model judges — Tyra, Kelly Cutrone and (supermodel wanted by law enforcement) Rob Evans — will be back for more. The photo shoot creative consultant, stylist Johnny Wujek, will also return, along with fashion blogger Bryanboy, who will continue to serve as a mentor to the Top Model hopefuls.

Also returning this year is the chance for audience participation. The show may not begin airing until this summer, but the competition has already begun! To get in on all the action and make sure your voice is heard, hop onto the official Top Model website and cast your votes today, Thursday, Feb. 21. Voting continues on the following dates: Feb. 24, Feb. 28, March 3, March 7, March 10, March 14, March 17, March 23, March 26, March 29 and April 3. Your vote may even help save someone who was previously eliminated. So, don’t forget to vote! Your opinion could change one model’s life!