FX loves the Russians. The cable network has announced that The Americans is sticking around. The spy drama, which takes place in the early ’80s, has been picked up for another season.

Related story The Americans kinda got canceled, but hold up, this is a good thing 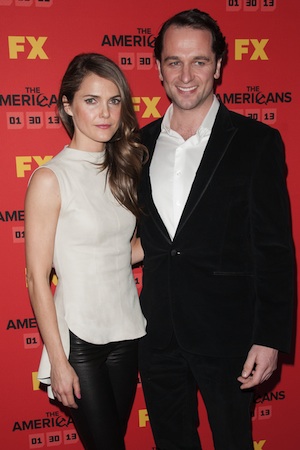 The FX network has made a wise decision. Thursday afternoon, it confirmed that the freshman drama, The Americans, was renewed for a second season. The series premiered Jan 30. and recently aired its fourth episode.

The Americans sneak peek: Our fave Russkies are in hot water >>

The Americans centers on a couple of Russian sleeper spies living in the United States. On the outside, they look like the perfect family. They have a son, a daughter and a beautiful home in the suburbs. But don’t be fooled.

“The Americans has quickly established itself as a key part of FX’s acclaimed drama line-up,” said FX president John Landgraf. “Executive producers Joe Weisberg, Joel Fields and Graham Yost and their collaborators are telling riveting and deeply emotional stories and the performances of Keri Russell, Matthew Rhys, Noah Emmerich and the entire cast are simply outstanding. The show is truly worthy of its widespread critical acclaim and we are confident that its quality will continue to yield a robust and passionate audience.”

According to TVLine, the show’s premiere was the most watched debut of any FX series. It pulled a Live+7 total of 5.11 million viewers.

If you’re late to The Americans party, you’re in luck. The network will air a marathon of the first five episodes on March 1 starting at 10/9c. You should check it out — it’s a great TV investment.

The Americans usually airs Wednesdays at 10/9c on FX.