Best-selling author Allie Larkin visits the SheKnows Book Lounge to share behind-the-scenes details about writing her latest novel, Why Can’t I Be You. 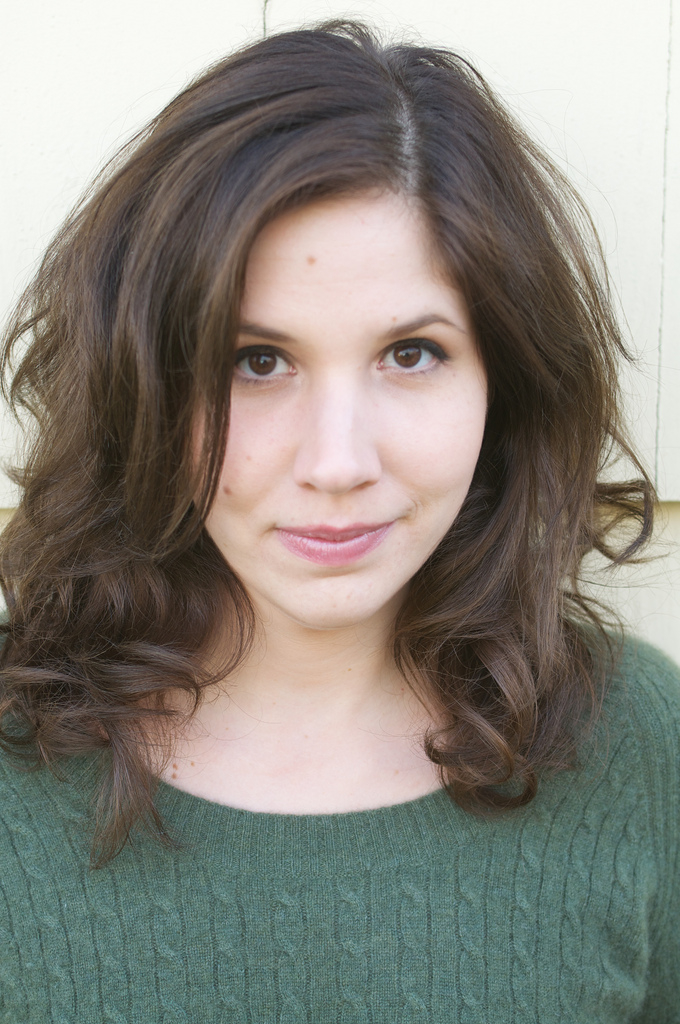 Sheknows: Tweet us a blurb of your novel, Why Can’t I Be You (in 140 characters or less, of course).

Allie Larkin: When given the chance to assume a stranger’s identity, Jenny Shaw takes it. Would you?

SK: The premise of your book begs the question, whose identity would you take on for a day (or more!) if you could?

AL: I love where I am in life right now because after a long bout of awkward, I finally feel very comfortable in my own skin. I honestly don’t think I’d trade in that comfort to be someone else (although I can think of times in the past when I would have).

I don’t crave someone else’s identity anymore, but sometimes I do long for talents and knowledge I don’t have. I’d love to be able to speak a foreign language fluently, dance well or be one of those people who always knows where their car keys are.

SK: How did you think of the idea for your book? (Did the fact that you listen to the The Cure constantly have anything to do with it?) 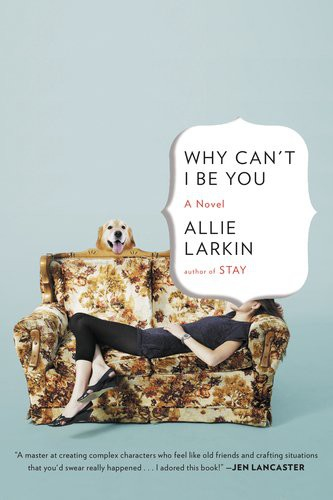 AL: Inspired by an episode of [Public Radio International’s] This American Life, my editor for Stay was interested in a story about someone becoming another person. After spinning that idea in many different directions, I became fascinated with telling a story of stolen identity in a very realistic way — not only dealing with why someone would want to be someone else, but also what had happened in their past to make them a person who could pull it off.

Once I realized that a high school reunion was central to the story, I started a playlist with whole bunch of music that reminded me of high school. My working title for the book was I’m Not Jessie Morgan, which I always knew was a working title. When it came time to give the book a real name, I went back to my playlist for inspiration, and there was “Why Can’t I Be You.” Denise Roy, my editor for this book, loved the title too, so we went for it. Now, I can’t imagine this book with any other title. And The Cure song is the perfect theme song for the book.

SK: Do you listen to music while writing? If so, what songs were on your playlist while you wrote this novel?

AL: Music is a huge part of my writing process, as my soundtrack and inspiration for the story. For this book, I had three different playlists with about 12 hours of music total.

At one part of the process of writing this book, every time I sat down to work, I listened to “All My Life” by Evan Dando to get myself back into Jenny’s head. There was also a lot of Toad the Wet Sprocket going on.

“Wrecking Ball” by Chris Pureka ended up on my playlist because it deals with the feeling of waiting for the other shoe to drop. In writing a book about stolen identity, obviously that’s a powerful feeling to focus on. But there are a few lines in the song that talk about the lights going out and learning to see in the dark, and the more I listened to the song, the more I fell in love with the idea that, as one of my characters puts it, “What doesn’t kill us gives us superpowers.” I think it’s true — we hone abilities in the tough times, even if we don’t know it’s happening. I love the way trouble can turn into talent, and I think it’s beautiful to look back at struggles in terms of what we gained from them.

I also played around with cover songs. I liked the idea of the songs being familiar but not the same. Billie the Vision & the Dancers has the most adorable cover of “Friday, I’m in Love.” And if you happened to be listening to Kris Delmhorst’s version of “You Might Think” by The Cars as you read the last scene of WCIBY, it would be a great choice.

In honor of The Grammys, we created playlists for some of this year’s hottest books >>

SK: What are you reading right now?

SK: What do you like to do when you’re not writing?

AL: If I had my way, every day would involve time for writing sandwiched between a good long phone chat with my sister-in-law and hiking with my husband and our dog, Stella.

SK: What’s up next for you?

AL: I don’t like to talk about projects before they’re fully ready to be discussed, but I’ve spent the last two years writing like crazy. There will be things to talk about soon.