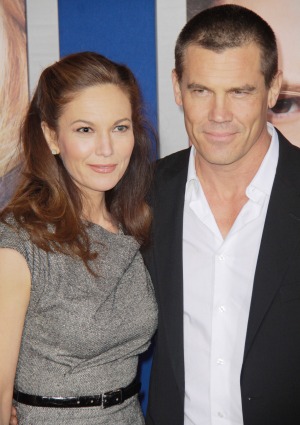 Less than two months after actor Josh Brolin was arrested for public intoxication, he and wife Diane Lane have announced they are splitting up.

A rep for the couple confirmed the news to Us Weekly, saying, “Diane Lane and Josh Brolin have decided to end their marriage,” adding that they have been separated for a couple of months — the timing of which seems to coincide with Brolin’s arrest.

What happened? No one’s talking yet, but an insider told the mag there’s no big drama. “It was a mutual decision,” the source said. “It is very amicable. It’s not ugly, it’s just over.”

But fans might find it hard to believe that it’s not ugly. In addition to the recent alcohol arrest, Brolin was cuffed for spousal battery just four months after the couple’s wedding following “a misunderstanding at home,” his rep told People in 2004. Lane did not press charges and the case was dropped.

This will be the second divorce for both stars. Brolin was previously married to actress Alice Adair with whom he has two children, Trevor, 24 and Eden, 18. Lane wed actor Christopher Lambert in 1988; the couple split in 1994. After being introduced by his stepmother Barbra Streisand at a 2002 party, Brolin and Lane wed in 2004 at the actor’s central California ranch.

The news puts a damper on Oscars weekend as both actors have been honored with nominations in the past: Brolin nabbed a Best Supporting Actor nom for 2008’s Milk and Lane (who stars in the upcoming Superman reboot) for Best Actress for 2002’s Unfaithful. Keep an eagle eye on the red carpet to see if either shows up to this weekend’s festivities.