Shia LaBeouf was set to make his Broadway debut in the play Orphans, but creative differences with… someone have him ranting on Twitter. 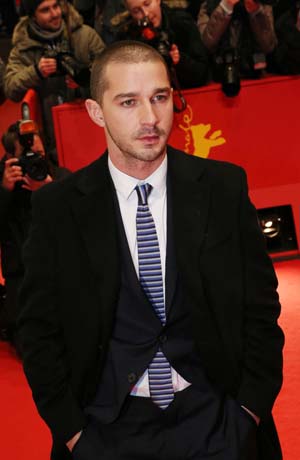 Shia LaBeouf has exited the Broadway play Orphans, though whether he was fired for his performance or quit over feuds with co-star Alec Baldwin is unclear.

The play is scheduled for previews the week of March 19; producers announced to the Associated Press that LaBeouf dropped out due to “creative differences.”

Just what those differences are is tough to say; LaBeouf certainly muddied the waters with a series of Twitter posts last night in which he revealed private emails between he and Baldwin and other Orphans insiders.

LaBeouf posted an email exchange between he and Orphans director Dan Sullivan in which the director said, “I’m too old for disagreeable situations. [Y]ou’re one hell of a great actor. Alec is who he is. [Y]ou are who you are. [Y]ou two are incompatible. [T]his one will haunt me.”

Reading between the lines, it sounds like Baldwin and LaBeouf are fighting about… something? Who can tell? That was one heck of a diplomatic response, particularly if you take a look at LaBeouf’s side of the email conversation: It’s a long, weird series of statements about what a man is and does (“A man owns up.” “A man can look you up and down and figure some things out.”). Um, what are you talking about, Shia? What? “A man knows his tools and how to use them.” Hmm, speaking of tools.

Where were we? Oh yes, Shia LaBeouf.

He also posted an email exchange between himself and Alec Baldwin in which he starts up the man-statements again: “A man can tell you he was wrong … He can apologize, even if sometimes it’s just to put an end to the bickering.”

Baldwin responded, in part: “I don’t have an unkind word to say about you. You have my word.”

The New York Times has it that LaBeouf didn’t leave on his own steam: Producers elected to replace the actor because they weren’t into his “performance choices.”

So which one is it? Was he arguing with Baldwin or doing bad acting? Neither? Both? LaBeouf didn’t clear things up much with a series of odd posts following the posting of the private emails in which he opined about acting and the theater, such as: “actors used to be buried with a stake through the heart. those peoples performances so troubled on-lookers that they feared their ghosts.” Also: “the theater belongs not to the great but to the brash. acting is not for gentlemen, or bureaucratic-academics. what they do is antiart.”

What do you think? Is LaBeouf wrong to reveal private emails publicly? Does it sound like he got a bad rap? He’s known for some pretty far-out statements and behavior — is this more of the same?

Let us know your thoughts in the comments section below!