The show is in Las Vegas right now, but the judges are having a hard time letting anyone go. Nicki Minaj doesn’t want to be the mean one, but knows it’s part of her job. 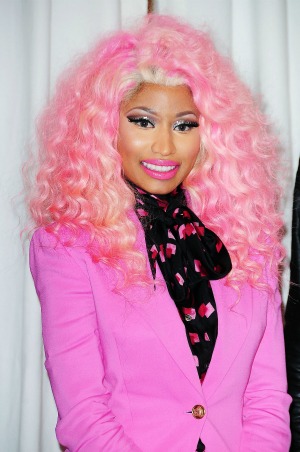 The new season of American Idol has definitely been an interesting one. With three of four judges new to the show, finding their chemistry has been a struggle. Simon Cowell’s particular brand of tough love was one of the things that made the show so successful, and the new judges are learning that.

Nicki Minaj says she’s not cray-cray, goes on American Idol and proves she is >>

“I don’t want to hurt people’s feelings,” Nicki Minaj told People. “But I guess that’s what we’re required to do.”

During the Las Vegas auditions, it seems that each judge has a soft spot in their hearts. In fact, it seems no one would vote anyone off if they weren’t required to.

“I hated it. I really did,” Mariah Carey said of the auditions. “Everybody was talented and different. There were some special people we had to get rid of.”

Keith Urban had a particularly hard time getting rid of a contestant he was a fan of.

“I couldn’t get enough votes,” he told the magazine. “It was just simple as that. We all take turns saying ‘yay'[sic] or ‘nay’ to the girls, and I actually had to say it to the girl I had voted for. That’s particularly hard.”

He continued by saying that each judge has to work hard to get the support of their fellow judges for the contestants they support, and the discussion “gets impassioned.”

“You have [to] re-discuss and re-discuss what is it we’re really looking for and what are we basing this decision on,” he added. “Even that is never easy. There is no clear cut decision on that.”

The fight for contestants is particularly difficult this year because of the new format of this season, before they even get to Hollywood. The show is in Las Vegas for three weeks, and will be eliminating performers each week.

“This is a different thing than we’ve ever done,” veteran judge Randy Jackson said. “This is 10 sing and five gotta go. This is sudden death.”