The lead detective in the Oscar Pistorius lost major credibility today when he himself was charged with seven counts of attempted murder. 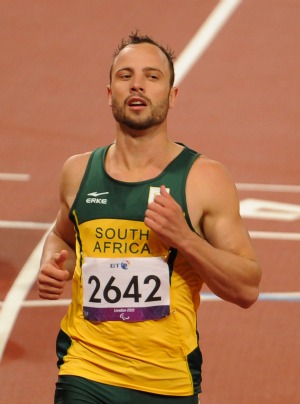 Investigator Hilton Botha, who is leading the police investigation against accused murderer and Olympian Oscar Pistorius, is quickly becoming a liability to the prosecution.

After having his testimony torn to shreds by the defense yesterday during part two of the athlete’s bail hearing, Botha now stands charged with seven counts of attempted murder stemming from a 2011 incident in which he and other officers allegedly chased and shot at a minibus full of people while drunk.

The charges had originally been dropped, but were reinstated yesterday by the Director of Public Prosecutions. Botha claims he was not drunk and that he was chasing suspects in a crime.

While it is unclear how the news will affect Pistorius, many feel he should step aside “for the credibility of the case going forward,” said Bulelwa Makeke, the spokeswoman for South Africa’s National Prosecuting Authority.

“But the important issue here is that the state was not relying on just his oral testimony, it’s really relying more on forensics and that real hard evidence that came out of the scene,” Makeke said.

However, that forensic evidence has already been compromised. At yesterday’s bail hearing, Botha admitted that he contaminated the crime scene with his own “unprotected shoes,” admitted they missed a bullet cartridge in the toilet, referred to a substance found in Pistorius’ bedroom as “steroids” when even the prosecution agreed it was not, and admitted the police had no evidence to prove Pistorius’ claim that he accidentally killed Reeva Steenkamp believing she was a burglar is false.

At today’s proceedings, Botha did not show up on time and the magistrate had to send someone out to look for him. He then told the court he had not yet obtained Steenkamp’s phone or financial records a full week after the crime, earning a rebuke from the judge.

“The evidence does not even show that the applicant committed a murder,” said defense lawyer Barry Roux.

“The poor quality of the evidence presented by chief investigating officer Botha exposed disastrous shortcomings in the state’s case.”

A decision on whether or not Pistorius will be released on bail has been deferred until tomorrow morning.