Have fun with the nerds, Jeff! 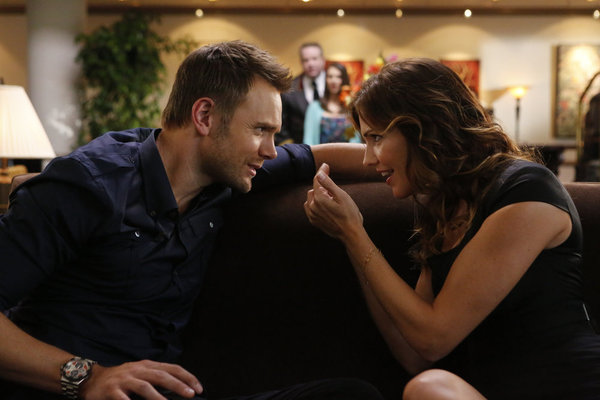 It looks like Community has plans to travel into their “Inspector Spacetime” story theme again this week. This time the Inspector will swoop up the study group for an adventure of sorts. 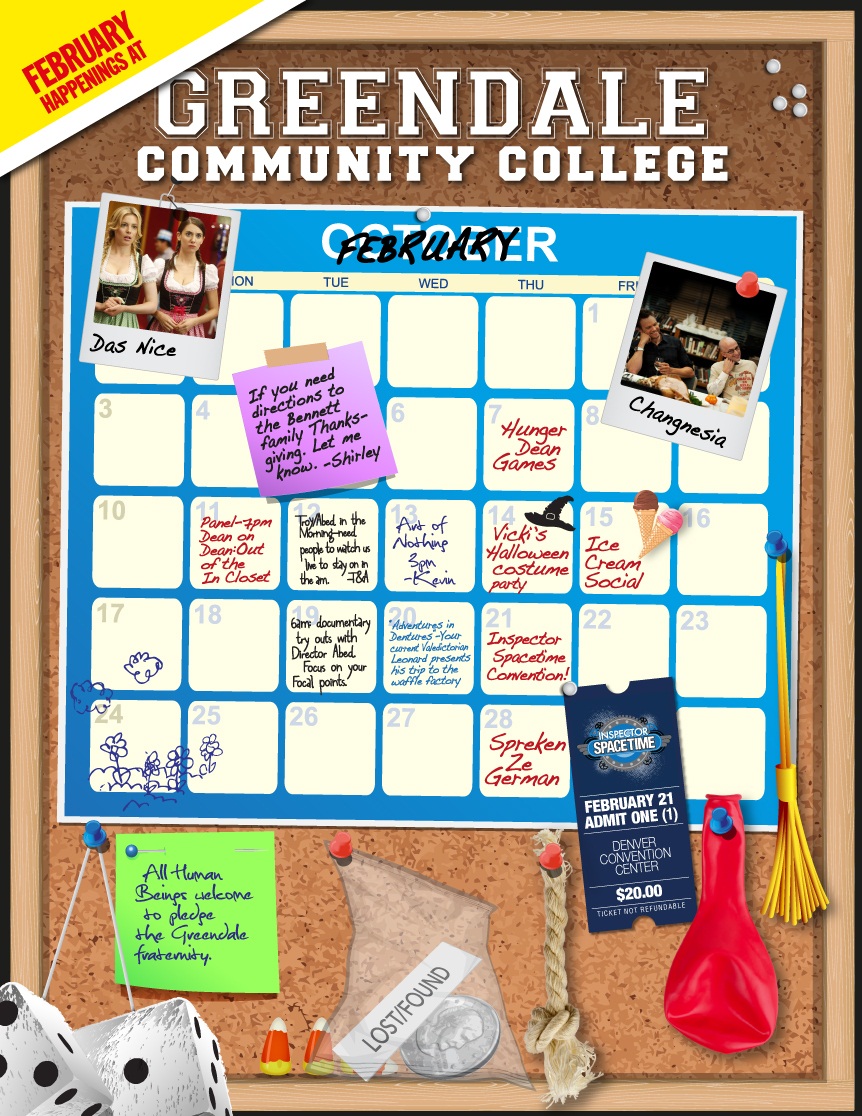 When Troy (Donald Glover) and Abed head off to the annual Inspector Spacetime Convention, the rest of the study group decides to tag along, too. After all, they’re teased them about their obsession for years. Maybe it’s time to show a little respect! (Yeah, right.) And this certainly wasn’t some last minute trip, either. They’ve had it on their calendar all month. Who knew everyone in the study group was even capable of planning that far ahead? (Right click and select, “view image” to see the enlarged version!)

Jeff (Joel McHale, that handsome viral sensation), unsurprisingly, will seem almost tortured to be surrounded by so many uncool people and immediately want to leave… despite how giddy Annie is to be there. To make matters worse, all the nerds will stare at him and he won’t know figure out why. What’d he ever do to them?

Jeff will finally decide to bail on Annie, Troy and Abed, but he won’t make it all the way home. He’ll leave Annie with his room and then head to the lobby where he’ll bump into a beautiful “Inspector Spacetime” fan. They’ll quickly connect and end up spending time together on the lobby’s couch.

That gorgeous “Inspector” fan is none other than Tricia Helfner. Helfner’s acting resume is incredibly long. However, nerds like the ones who go to Spacetime conventions will know her best from her seasons on the sci-fi show, Battlestar Galactica.

The study group member who won’t be back next year >>

By the end of the episode, someone will answer to the name “Mrs. Winger.” Who will it be and how will she finally earn that title?

And why, exactly, are all those nerds staring at Jeff? Watch Community tonight on NBC at 8/7c to find out.