Daddy’s home! Community‘s delving into Jeff’s dysfunctional family. With the help of James Brolin, father and son will put it all on the table. But don’t expect it to be a conventional confrontation. 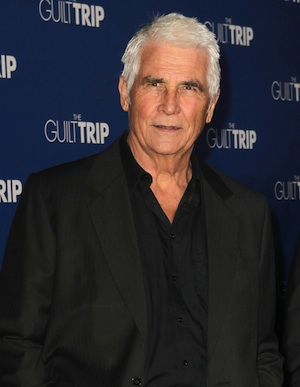 Jeff Winger (Joel McHale) is finally dealing with his daddy issues. On March 7, he’ll confront his absentee father, William, as played by James Brolin. The veteran actor jumped at the chance to exercise his funny bone on the NBC series.

On the outside, Jeff is a narcissistic mess. He has moments of kindness, but they’re few and far between. What comes across as cold, however, is just a defense mechanism he developed as a young child. When his father left his family, Jeff cut off his emotions.

This season, Community will tackle his family troubles head-on. Brolin will appear as the dad Jeff barely knew, and their reunion is odd to say the least.

According to Brolin (via EW), “The father tries but I just don’t think he fits in a lot of places. And a lot of his answers are from left field. I loved every bit of dialogue that they had written. Every once in awhile there’s something kind of delicious and fun for an actor who’s done a lot of things, and this is one of them.

“From the moment he opens the front door, whatever he says is just off,” Brolin continues. “And when Jeff says something and he answers, it’s just not on the same track at all. There’s probably something very sad about this, but there’s something very funny and recognizable about it… Good comedy is about real stuff.”

Brolin has a thing for playing estranged fathers. He also appears on ABC’s Castle as the title character’s dad.