America’s Got Talent lost one Brit — and gained another. Spice Girl Melanie Brown is slated to replace Sharon Osbourne on the NBC competition. Wednesday, the network confirmed her addition to the show. 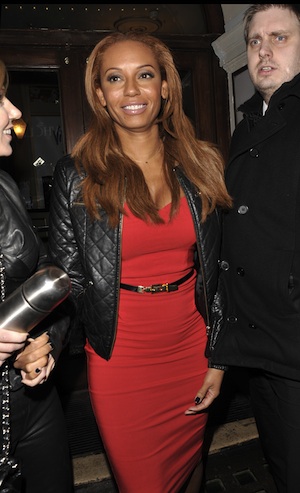 Last summer, Sharon Osbourne announced she was leaving America’s Got Talent. Her departure was retaliation against NBC for its treatment of her son Jack, who was set to appear on the reality show Stars Earn Stripes.

The younger Osbourne was recently diagnosed with multiple sclerosis, and as a safety precaution, the network rescinded his invitation.

Sharon Osbourne: The real reason I quit America’s Got Talent >>

The UK Daily Mail is reporting that Melanie Brown, aka Mel B. from the Spice Girls, is joining the judges’ table. According to the newspaper’s sources, Brown is a favorite of America’s Got Talent creator Simon Cowell.

“Simon loves trying people out on his shows, Mel’s already been a judge on X Factor Australia and it’s too far for her to keep taking the kids. She did want to do X Factor UK, but Simon really wanted her to do America’s Got Talent.”

Apparently, Brown has the personality and résumé Cowell’s looking for. Her no-holds-barred approach will fit in perfectly with fellow judges Howie Mandel and Howard Stern.

After months of rumors, NBC has confirmed what we all suspected.

In a statement, NBC president of alternative and late-night programming Paul Telegdy said, “To know her is to know a very frank, strong, enduring entertainer. Someone who has a very strong point of view. We needed somebody who was qualified for the job. She’s an amazing singer, dancer and a huge personality. The contestants will get a lot of constructive feedback from her and I can’t wait to see her chemistry with Howard and Howie.”

Brown may not be the only newcomer. EW claims NBC may hire a fourth judge for the competition.

“The right person has to show their hand,” Telegdy said.

What do you think of Mel. B. joining the show?