Mindy McCready faced losing her kids again before deciding to end her life, but her ex says if her sons were with her that day they’d be dead too. 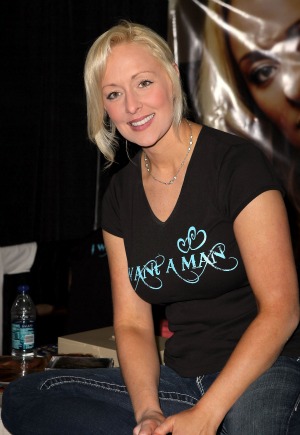 Mindy McCready was driven to suicide by court papers saying she could lose custody of her two sons, according to a friend of the fallen country star.

Private investigator Danno Hanks told People he received an email from McCready that read, “The most important thing are [sic] my babies must come home.”

“She lost all hope,” Hanks told the mag.

He also revealed that McCready had emailed him a suicide prevention video she put together, featuring rural images interspersed with photos of herself and boyfriend David Wilson, who killed himself last month.

“She said she wanted to put together this video to help people deal when someone had suffered a suicide in their life and God,” he said. “I asked her if I could post it and Mindy’s answer was, ‘You’ll know when it’s right.'”

McCready was found dead of a self-inflicted gunshot wound to the head on the front porch of the home she shared with Wilson, who shot himself in the bedroom of the same home last month. She also shot and killed her dog, and the father of her oldest child said he is positive that if the boys had been with her, she’d have killed them too.

“Just look at what she did and how she did it,” McCready’s former fiancé Billy McKnight told the National Enquirer. “She killed the dog before she killed herself and I fear she would have taken those kids with her too if they had been there.”