Leprechauns may be associated with rainbows and pots of gold, but there’s more than just that to them.

Related story How to Throw a St. Patrick's Day Party Your Kids Will Be Obsessed With 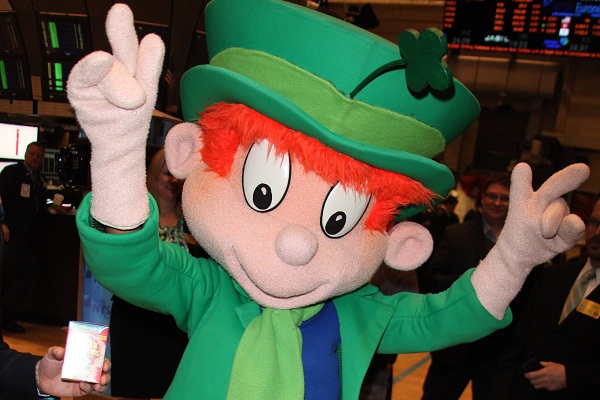 Maybe I was just scarred for life because I saw “Leprechaun” in my formative years, but there’s something truly creepy about those gold-guarding mini-men dressed in green. For instance, check out these three creeps.

The leprechaun in Leprechaun

This leprechaun is nothing like the ones we tell our kids about. He has a gross and sinister look about him. Contrary to popular belief, leprechauns follow one green guy who, under no circumstances, enjoys people finding his pot o’ gold at the end of the rainbow. When someone finds his treasure and takes off with hit, the lepre-creep moves to exact revenge. Instead, he’s locked up for 10 years. When he gets out, though, he goes on a massive killing spree. What I’m saying is: There’s nothin’ nice about leprechauns. 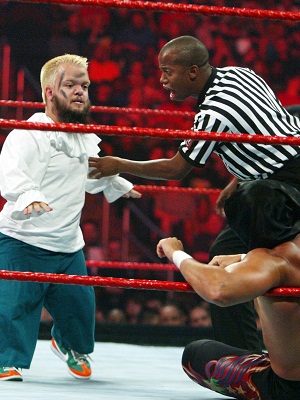 Truth: Even the burliest of men don’t all make it to their WWE dreams. However, Dylan Postl’s genetics hooked him up with the perfect gimmick that would help him rise above all the hulking bronzed, sweaty wannabes. One day Postl, who stands 4’2″, pulled on a leprechaun costume and Hornswoggle was born. Not only did the guy in green go on to have a massive wrestling career, but he even starred in Leprechaun: Origins. Hornswoggle turned Postl into a modern-day David up against a bunch of Goliaths.

However, Hornswoggle still beats people up for a living and his signature move is a kick to the shins. Maybe he’s not creepy… but he’s not the chipper leprechaun kids often read about.

Get your Irish (decorating) on! >>

Lucky looks like a pretty chipper bloke, I know. But let’s just cut to the chase: He’s a small guy in a weird suit luring in children with the promise of candy. Seriously. Take a close look at Lucky. He’s not a kid. He’s a man (albeit a small one) and he’s peddling a sugary delicious kids’ cereal. That’s far more creepy than green makeup and anger issues. At least his other cartooned compadres (the Notre Dame and Celtics mascots) target adults instead of children.

Now that you have the heebie-jeebies like me… Happy St. Patrick’s Day!