Goldie Hawn and Kurt Russell have been together for 30 years. So what’s their secret? Separate bank accounts! 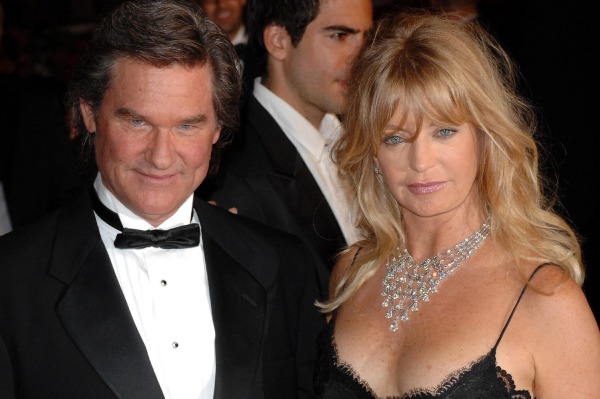 They say the love of money is the root of all evil, and it is definitely the cause of a great deal of marital discord. Goldie Hawn says she and longtime partner Kurt Russell avoided that trap and kept their union intact by keeping separate bank accounts.

The pair first coupled up while filming the movie Swing Shift in 1983, and Hawn says they have been totally devoted to each other ever since — no wedding necessary.

“[We] have done just perfectly without marrying. I already feel devoted and isn’t that what marriage is supposed to do?” she told Australia’s Woman’s Day magazine.

“So as long as my emotional state is in a state of devotion, honesty, caring and loving, then we’re fine. We both have independent finances, we’re both independently well off.”

Goldie Hawn went for a spin on Kate’s stripper pole >>

In fact, the biggest barrier to their relationship was initially the age difference — she was 21 and he 16 when they first met in 1968 while filming The One and Only, Genuine, Original Family Band — but when they worked together again years later, five years meant nothing.

“I was 21 and he was 16 and I thought he was adorable but he was much too young. And then years later we met up again and I liked him and I remembered that I had liked him very much when I first met him,” she said. “But we both said we would never go out with another actor so it just shows you never can tell.”

No ring for Goldie Hawn? Blame the kids >>

“We have raised our children brilliantly; they are beautiful people. We did a great job there and we didn’t have to get married to do that.”

Hawn’s two children by her ex Bill Hudson, actors Oliver and Kate Hudson, were raised by Russell, and the couple has a biological son together, Wyatt.