Celebrity bump-sporter Jessica Simpson reportedly has the name for her brewing little boy all ready. Here’s what she and fiancé Eric Johnson will be writing on the birth certificate. 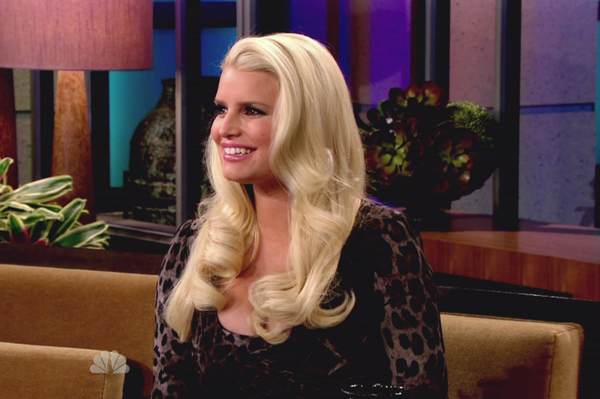 Jessica Simpson is still a long way from pushing out Baby No. 2, but if Us Weekly is right, she’s already thought up the perfect name for her boy-to-be: Ace Johnson.

A source told Us Weekly that Simpson has been telling friends about her name choice. Simpson’s first child, 9-month-old daughter Maxwell Drew Johnson, was given family names: Maxwell is Eric Johnson‘s middle name, while Drew is the maiden name of Simpson’s mother, Tina.

Maxwell is kind of an unusual choice for a girl, but Ace is a solid boy’s name. Just ask No Doubt guitarist Tom Dumont, whose son Ace is 6. Softball star Jennie Finch, who has a son named Ace, 6.

Ace is also the nom-de-rock of former KISS guitarist Ace Frehley, whose birth name is Paul.

NBC orders up a pilot for Jessica Simpson >>

“Ace Johnson sounds like the name of a frat boy at a community college who had dreams of becoming the most successful day trader in the Northern Orange County area, but ended up becoming a bar back at a sports bar before eventually getting a job as a driver on Bang Bus. Ace Johnson smells like Irish Spring, Abercrombie cologne and AXE hair paste. Ace Johnson uses his full name as his Xbox Live username, because his name is just that awesome,” wrote Dlisted.

Oh, and “When I translate Ace Johnson from bro talk to English in Google translation, it gives me the phrase ‘champion penis.'” OK, that is kinda funny.

Pap photos show that Simpson is starting to swell a bit; nothing like the impressive weight gain on her last pregnancy, but soon she should be ready to slip into the maternity clothing she designed for retailer Destination Maternity.