Law and Order: SVU is no stranger to controversial topics. This season, it’ll cover the recent political attacks on women — specifically, the issue of pregnancies brought on by rape. 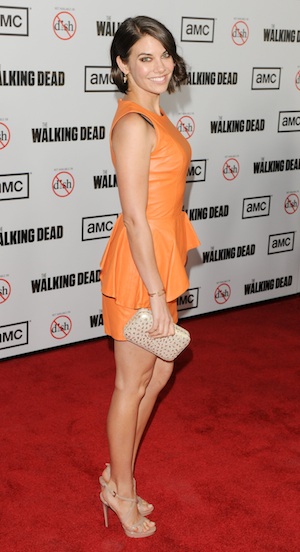 Once again, Law and Order: SVU is turning fact into semi-fiction. The long-running drama centers on sex crimes committed against women and children. In an upcoming episode, it will tackle a topic that’s been ripped from the headlines.

Last year, when the election was in full swing, a U.S. Senate candidate in Missouri, Todd Akin, made a disturbing comment. He claimed that women’s bodies have a way of stopping pregnancy brought on by rape.

“It seems to me, from what I understand from doctors, that’s really rare,” Akin said. “If it’s a legitimate rape, the female body has ways to try to shut that whole thing down.”

Law and Order: SVU will test that theory with the help of Lauren Cohan.

According to The Hollywood Reporter, The Walking Dead actress will guest star as “Avery Jordan, a popular sports reporter who accuses her cameraman of raping her. When she learns she’s pregnant from the encounter, she opts to keep the baby.”

This isn’t the first time Cohan’s portrayed a victim of sexual assault. During the current season of The Walking Dead, her character, Maggie, was violated by the villainous Governor. She’s still reeling from the trauma and hasn’t dealt with the aftereffects.

Cohan’s a strong actress who’s fully capable of handling this material. She’s previously appeared on The Vampire Diaries and Supernatural.