About three weeks ago, The Academy of Motion Picture Arts and Sciences changed the name of the show — but the Academy didn’t tell anyone until now. Know that it’s the Oscars, not the 85th Annual Academy Awards. 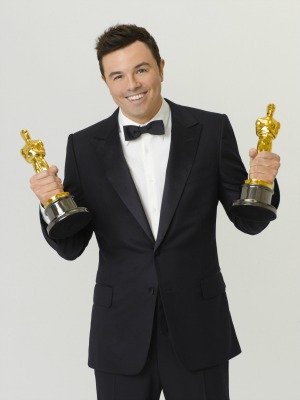 Don’t you dare call Hollywood’s biggest night the 85th Annual Academy Awards. It’s simply “the Oscars” this year. In a unprecedented move, The Academy of Motion Picture Arts and Sciences decided to rebrand the show about three weeks ago.

On Monday, Neil Meron, co-producer of this year’s show, told TheWrap.com, “We’re rebranding it. We’re not calling it ‘the 85th annual Academy Awards,’ which keeps it mired somewhat in a musty way. It’s called ‘The Oscars.'”

This is in line with what Meron and fellow producer Craig Zadan told SheKnows at the Oscar Nominations in January.

Meron told SheKnows, “There’s been criticism in the past about The Academy being very stuffy and mired in tradition, but I think what we’re doing… is kind of blowing some of the cobwebs and dust away and allowing this to really be relevant.”

A source also told SheKnows exclusively that the change in marketing plans was sudden enough that even some of the production crew were taken by surprise. In fact, some of the materials had to be reprinted at an additional cost.

One reason this move is such a big deal is that it’s happening in an anniversary year. Typically, former Oscar winners are brought back every five years to honor the tradition of the show and Hollywood history. This year, it has all changed.

Whether this change is permanent remains to be seen, but Academy spokesperson Teni Melidonian told TheWrap.com, “It is right for this show, but we could easily go back to using ‘Academy Awards’ next year.”

Inside the Oscar Nominees Luncheon >>

One other question that lingers is how long the show is going to run this year. Each morning, the media are greeted with another press release announcing more celebrity names as presenters, performers and red carpet hosts. It’s a pretty extensive list with a full variety show roster.

From the cast of Les Misérables to Catherine Zeta-Jones leading her cast of 2002’s Chicago onstage in a musical tribute, the Oscars promises to be an action-packed night.

SheKnows also got the inside scoop that a few familiar faces from So You Think You Can Dance will be appearing as well. Fans of the show can expect to see Alex Wong, Kathryn McCormick, Spencer Liff, Jaimie Goodwin and George Lawrence II in different portions of the evening.

So, get ready to count down to Hollywood’s biggest night. Just don’t call it the Academy Awards.