Hannibal the Cannibal is coming. The infamous character will headline his own series for NBC. The network’s released a new trailer that showcases its take on the serial killer. 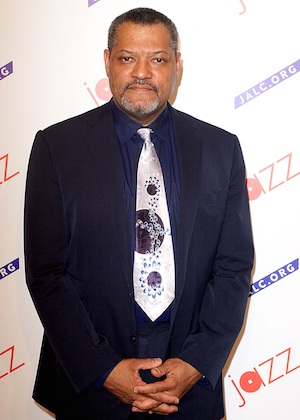 Mads Mikkelsen has some big shoes to fill. The Danish actor will play the title role in NBC’s Hannibal. The character’s the star of Thomas Harris’ book series, which includes Red Dragon, Silence of the Lambs, Hannibal and Hannibal Rising.

The most notable interpretation of the villain appears in the film version of Silence of the Lambs. Anthony Hopkins scared his way to an Oscar with a chilling performance as the cannibal. Can Mikkelsen pick up where he left off?

Ex–The Young And The Restless’ Ellen Greene to Hannibal >>

NBC’s released a premiere trailer for Hannibal, which shows the actor in action. The creep factor is definitely there. He’s joined by Laurence Fishburne, who plays Jack Crawford, and Hugh Dancy as FBI profiler Will Graham.

The last time we saw Fishburne as a TV regular was on CSI. But after a few seasons, he returned to film (he’ll appear in this summer’s Man of Steel).

Hot trailer: Man of Steel is the new Superman >>

Hannibal has its work cut out for it. It’s another adaptation of a popular film/book that will air on TV’s toughest night. NBC’s scheduled it for Thursdays at 10/9c. That’s the same slot as CBS’ Elementary and ABC’s Scandal. The latter has experienced a major surge in popularity, while the former is one of the highest-rated new shows of the season. That’s some tough competition.

Will you be tuning in to Hannibal?