Dr. Drew has a thing or two to say about Mindy McCready’s death and those who believe Celebrity Rehab may do more harm than good. It turns out the doctor and the deceased spoke not long before the singer’s mental state took a turn for the worse. 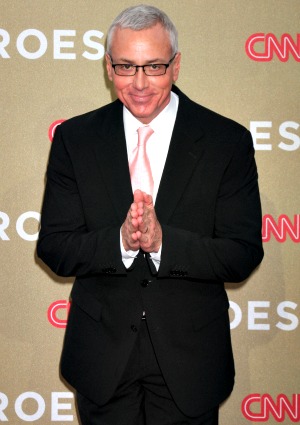 Dr. Drew Pinsky is one of many mourning the loss of Celebrity Rehab participant Mindy McCready. Calling into The View Tuesday, the doctor shared details of his last phone call with the singer.

Explaining that the death of boyfriend David Wilson had left Mindy McCready “severely shattered,” Dr. Drew said friends of the late mother of two began urging him to call her.

“So I called her, and she was in trouble,” Dr. Drew said via a phone conversation with the ladies of The View.

“She eventually did go to the hospital, which is where she should have stayed. But unfortunately, and I really do believe it is because of this same fear of stigmatization, she left prematurely, and that’s when things really unraveled. She then lost custody of her children, and that was the last straw.”

Dr. Drew addressed that idea in a roundabout way, stating that it is unfortunate those who were his patients left his care.

“In a weird way, I wish I could claim more responsibility for this,” the 54-year-old explained. “The reality is, though, I haven’t seen Mindy, say, in years. I’ve talked to her occasionally, and we’ve been friendly, but I’ve not been her doctor in years. I wish some of them would stay with us.

“Some of them do, and some of them are sober, but some go on their own way and cut their own path. And I wish I could be more responsible for them.”

Check out a clip of Dr. Drew’s The View phone-in:

What do you think of Dr. Drew’s take on Celebrity Rehab and Mindy McCready’s death?