Intense actor Jason Clarke, a breakout star thanks to his role as a ruthless CIA operative in Zero Dark Thirty, is confirmed to star in Dawn of the Planet of the Apes. 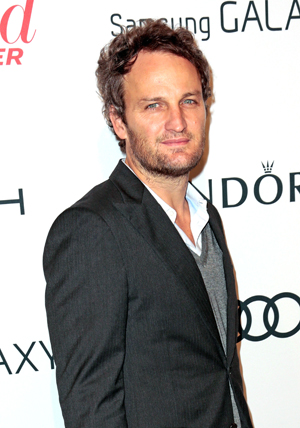 Oooh, the sequel to the 2011 hit Rise of the Planet of the Apes just got interesting: Zero Dark Thirty‘s Jason Clarke is cast as the lead, The Hollywood Reporter wrote today.

Clarke has been knocking around Hollywood for a while in films like Public Enemies and Lawless, but audiences really noticed him in Oscar-nommed Zero Dark Thirty, in which Clarke played a merciless CIA agent.

Look at this guy! Those eyes! He practically burst off the screen in Zero Dark Thirty. Now he’s going to play, as The Hollywood Reporter uncovered, one of a “group of human scientists who are struggling to survive alone in San Francisco.”

CGI acting legend Andy Serkis will also return as intelligent talking ape Caesar, who is struggling “to maintain dominance over his kingdom.”

This sounds good. Planet of the Apes fanboys and -girls will recall that 2011’s Rise of the Planet of the Apes starred James Franco as a San Fran scientist who created a wonky cure for Alzheimer’s that he wound up delivering to a baby chimp.

A pile of complications later, Caesar gave the smarty injection to a bunch of other apes who held an ape/human standoff on the Golden Gate Bridge, before escaping into a redwood forest. A short sequence during the movie’s credits implied that humans were about to be wiped out by some type of global pandemic.

Sounds like in the sequel the humans have indeed been decimated and now the apes hope to take over. Cue the creepy shots of a deserted San Francisco, with apes swarming everywhere. 28 Days Later had such effective shots of an ominously still London, maybe the Dawn folk watched that for inspiration.

In any case, it sounds as if this series of Apes movies is taking a different tack than the 1960s-1970s Planet of the Apes series. The 1968 Planet of the Apes film, written by The Twilight Zone‘s Rod Serling and starring gun-lover Charlton Heston, started with a group of astronauts who crash-landed on a planet overtaken by apes, then pulled back to tell the story of how the planet got that way in a series of five films.

The 2011 reboot started with the smarty-ape beginning, and now seems to be moving on to the logical next chapter.

Dawn of the Planet of the Apes will be directed by Matt Reeves, who also helmed creepy 2008 monster movie Cloverfield, 2010 Swedish vampire remake Let Me In and um, a bunch of episodes of Felicity. Odd, that.

Are you excited for the next Planet of the Apes?