Oscar Pistorius made his first statement about the death of his girlfriend Reeva Steenkamp in court today, revealing what his defense will be – and that she died in his arms. 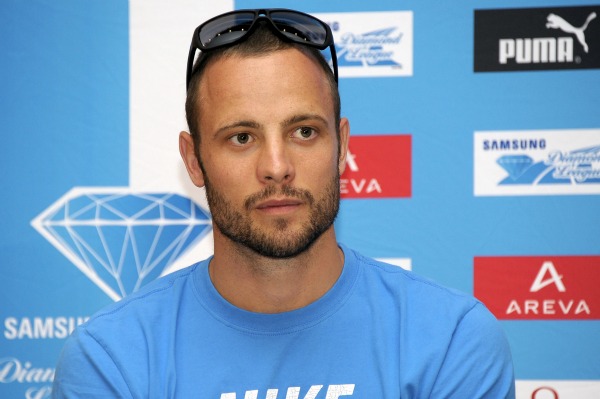 Former Olympian Oscar Pistorius gave his first account of what he claims happened the night Reeva Steenkamp was killed in his lavish home, and as expected, he claims he mistook her for an intruder.

During a bail hearing today in which he stood accused of premeditated murder, Pistorius claimed he was on the balcony of his home when he heard noises coming from the bathroom. Thinking Reeva was still asleep in bed, he grabbed his gun and shouted a warning before firing four shots through the bathroom door.

Realizing that Reeva was not actually in bed, Pistorius said, “I kicked the door open. I tried to help her but she died in my arms.”

“I have been informed I have been accused of murder — I deny the accusation. Nothing can be further from the truth that I planned the murder of my girlfriend.”

“On 13 Feb Reeva would have gone out with her friends, me with mine. She wanted to stay at home,” he explained.

“I was watching TV. My legs were off. She was doing yoga. At the end of the evening we got into bed.”

“I’m acutely aware of people gaining entries to homes to commit crime, I’ve received death threats. I sleep with my 9mm under my bed. I woke up to close the sliding door and heard a noise in the bathroom.”

“I was scared and didn’t switch on the light. I got my gun and moved towards the bathroom. I screamed at the intruder because I did not have my legs on I felt vulnerable. I fired shots through the bathroom door and told Reeva to call police.”

“I walked back to the bed and realized Reeva was not in bed. It’s then [sic] it dawned on me it could be her in there. I kicked the door open. Called paramedics and complex security. I tried to carry her downstairs for help. I tried to help her but she died in my arms.”

There was no mention of the bloody cricket bat that sources say was found on the scene or of phone calls Pistorius allegedly made to friends before calling paramedics.

Prosecutors called B.S. on his story, saying, “The applicant armed himself, attached his prosthesis, walked seven metres to the bathroom and shot the deceased while she was in the toilet. He shot four times… There’s no possible explanation to support his report that he thought it was a burglar.”