The Best Original Song nominees have traditionally been performed at the Oscar ceremony, but which ones really stood out, either for their powerful performances or the drama they caused? 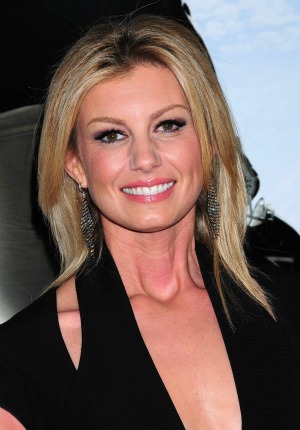 Whitney Houston had hit a bad place in her life around the time of the 2000 Academy Awards. The singer was set to perform a “medley” with Garth Brooks, Ray Charles, Isaac Hayes, Queen Latifah and Dionne Warwick, according to People. But she was removed from the lineup just 48 hours before the show.

Oscar nominations: The snubs and surprises >>

“The poor lady couldn’t sing,” Oscar spokesperson Jane LaBonte told People at the time. “Her throat was in trouble.”

Then-newcomer Faith Hill was quickly nabbed to fill Houston’s shoes – a performance that made her career. Hill ended up nailing it, and the performance launched her from country singer into the realm of superstardom. Unfortunately the video is not available online, but trust us, it was amazing.

U2‘s performance at the 2003 Oscars was an important moment for the band — and their country — because, as fellow Irishman Colin Farrell put it, their song honored “new Americans who left Ireland in search of a better life, willing to fight for it at any expense.”

The song, “The Hands That Built America,” was written for Gangs of New York.

“Footage of immigrants entering Ellis Island splashed across the stage’s backdrop while Bono belted out ‘Hallelujah,’ creating an Oscar moment of epic proportions as only he can,” said Billboard.

Inviting early-’90s Madonna to a classy awards show was always a risk, but Madonna’s song “Sooner or Later” from Dick Tracy was nominated, and therefore she was invited.

“At the ’91 Oscars, Billy Crystal introduced Madonna’s performance… as ‘the NC-17 portion of our really big show,'” said Billboard.

Luckily for the show’s producers, she kept it clean and added some Old Hollywood glitz and glamour.

Elliott Smith may be one of the most underrated of all Oscar performers. The singer’s song “Miss Misery” from the Good Will Hunting soundtrack was nominated in 1998. However, that happened to be the same year Titanic ruled the show, and Celine Dion‘s performance was the over-the-top Best Original Song nominee.

Smith came onstage with just a guitar and sang his song.

“Though Smith ultimately lost out to the Titanic ballad ‘My Heart Will Go On,'” said Billboard, “for one brief moment, the late artist’s haunting performance was the David to Celine Dion’s Goliath.”

Jackson‘s 1973 Oscar performance was the start of an amazing career. The singer was only 14 years old at the time, and his performance introduced him to the world.

“Audience members appeared breathless while they watched the future King of Pop sing in such an impressive range,” said Billboard. “It may have lost the Best Original Song award that year, but ‘Ben’ was Jackson’s first No. 1 hit without the Jackson 5, and the beginning of a history-making solo career.”

How the Oscars is trying to improve its cool factor

Oldest and youngest Oscar nominees of years past