The doctors at Chelsea General get a lesson in humanity when two major brain surgeries have vastly different outcomes. 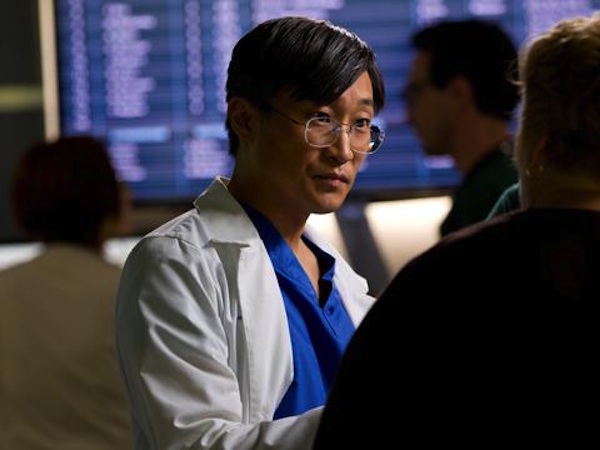 Unlike other medical dramas, Monday Mornings heavily explores the legal side of medicine. Although these fantastically talented doctors are always saving lives, there are dramatic legal consequences to the choices they make. The moral and ethical side of their decisions are examined with the hope of mixing humanity with medicine.

Dr. Harding Hooten (Law and Order: LA star Alfred Molina) is the man who lectures his doctors on their motives. He seems to be the one who is wise enough to understand that saving a life doesn’t always make you a hero. It’s really about how you treat the living.

Hooten examined a few cases this week, the most interesting one being Dr. Wilson’s (sexy Jamie Bamber) double brain tumor case. Wilson saw a patient who was diagnosed as a schizophrenic, and was extremely paranoid and unable to comprehend what was happening around him. After Wilson ordered an MRI, he discovered that the patient had a massive brain tumor and decided to perform the surgery (basically without the patient’s consent since he wasn’t even aware of what was happening).

When the patient wakes up we learn his name is Cooper. He still thinks it’s 2006 and he can’t remember anything from the past seven years. Doctors track down his wife, who is now remarried, and Cooper is forced to face the reality that although he might have been miraculously healed, he doesn’t have a life to return to.

The real story behind Monday Mornings >>

Dr. Hooten also examines Dr. Park’s (Glee star Keong Sim) brain surgery case. Park is famous for having poor bedside manner and not taking the loved one’s feelings into consideration. When a patient winds up on a ventilator, despite his instructions to never let that happen, the patient’s wife is forced to make the heartbreaking decision to pull the plug. This is what Hooten is trying to get his very talented doctors to understand. It’s not about saving or losing a life, it’s about making the process easier for those who are left alive. It’s about having compassion. It’s about humanity.

After Hooten’s powerful lecture, Dr. Park shows up at the widow’s door, in the rain (oh yes, TNT does know drama) and with tears in his eyes he says, “I’m sorry.”

Dr. Jorge Villanueva (Ving Rhames) was also there, but all he really contributed was the phrase, “She’ll run through you like crap through a goose,” which was repeated far too many times. Come on writers, give this guy a story line.