The wild, swaying harmonies in this banjo-infused single paralyze listeners. “I Will Wait” is a strangely cheery yet contemplative track. 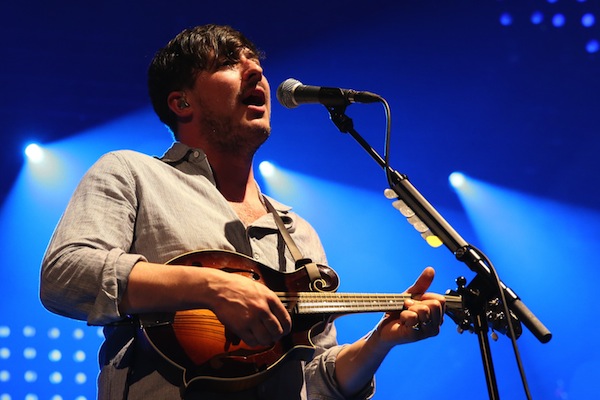 Does this song sound familiar? That’s because Mumford & Sons performed this lively hit at the 2013 Grammy Awards! It’s also part of the tracklist of Babel, their album that won Album of the Year.

Check out some of their competition at the Grammys >>

This band has a homely sound that can be attributed to their early days. According to Artist Facts, the band’s name came from frontman Marcus Mumford, who at inception, was the most visible during their performances at local venues. The same source quoted Mumford in an interview with The Illinois Entertainer: “I think we liked the idea of setting it up as a family business.”

Guess which blond country star is a fan of their music? >>

The website Ear Milk sized up “I Will Wait” and compared it with another single of the band: These lyrics are reminiscent of their album Sigh No More with its use of the words ‘stone’ and ‘dust’ — both natural elements of the earth.” Ironically, the comparisons to being in tune with nature led me to think this could be a spiritual song, perhaps even a prayer that seeks the return of a loved one.

This isn’t your average ballad where you expect slow and steady. It has all the meaning and mourning of a slow song, but the upbeat instrumentals remind the listener that the band is hopeful. The song is about waiting for someone, and the chorus repeats “I will wait” so many times it sounds as though they are trying to convince themselves that the person is coming back.

Is love changing the band’s perspective?

The song may be a little dim, but The Huffington Post pinpoints Carey Mulligan (Marcus Mumford’s new wife as of April) as the muse who beckons a lighter, happier sound. Perhaps moving forward with a positive sound stems from also moving on from old flame, singer-songwriter Laura Marling, too? The Telegraph did report another one of her exes, Charlie Fink of Noah and the Whale, did write an entire album depicting his “heartbreak.” Maybe she’s just a bad influence!

Rolling Stone credited Winston Marshall as the magician on the banjo. Song Facts describes the song as “lushly arrayed with horns, bright banjo, stomping drums and fiddle” and I personally challenge all readers to resist not singing along with the chorus!

Take a listen below and tell us what you think! What do you think this song is about?

Craving more? Check out our other music reviews:

Emelie Sandé “Next to You”
Tim McGraw feat. Taylor Swift and Keith Urban “Highway Don’t Care”
Bon Jovi “Because We Can”