Joss Whedon’s returning to television with S.H.I.E.L.D., a new series based on the Marvel comic of the same name. It has a strong connection to The Avengers, which means there may be some surprise cameos. 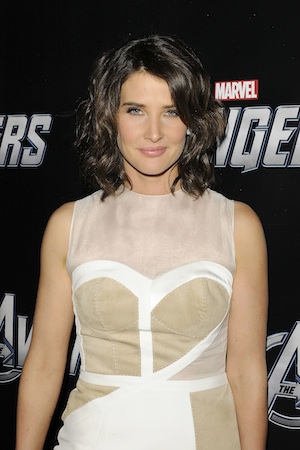 Co-writer and director Joss Whedon recently wrapped up production on S.H.I.E.L.D. The pilot was produced for ABC in the hope that it will become the next big thing.

S.H.I.E.L.D. isn’t necessarily a spinoff of The Avengers. It’s just another entity that happens to exist in the same universe. With that in mind, fans have been wondering if Iron Man, Thor or the rest of the gang will make cameos on the TV show.

Cobie Smulders, who played Agent Maria Hill in The Avengers, has hinted at a possible crossover. She’s currently a regular on CBS’ How I Met Your Mother, so her busy schedule is a deciding factor.

As for other possibilities, Whedon’s optimistic but not putting all his eggs in one basket. He told TVLine, there’s “not a ton” of familiar faces from the Marvel-verse, though “there’s a little bit of talk of that. Right now, I want to involve people in the characters that we’ve created for the show and then we’ll worry about [the other stuff].”

Joss Whedon’s S.H.I.E.L.D. to skimp on the superheroes >>

Whedon’s known for repeatedly working with the same actors. So should we expect some fan favorites from Buffy the Vampire Slayer, Firefly or Dollhouse to pop up on S.H.I.E.L.D.?

“You look for the best person for the role, and if that person is someone you already know, then great. That’s some work done for you,” Whedon explained. “But as much as I would love to — and once did — make a movie just with my friends, you always want to increase the family.”