Celebrity stylists are busy picking out the looks their A-list clients will wear for the 2013 Academy Awards. We can’t wait to find out what stars like Jennifer Lawrence and Jessica Chastain will wear at this year’s event, so we’re getting ready by remembering some of the best looks from past Oscars ceremonies. 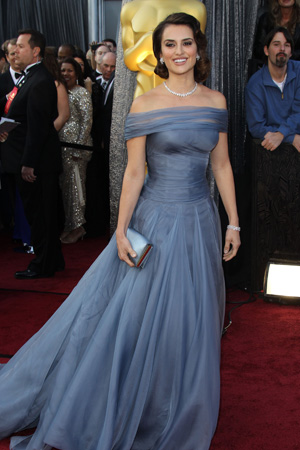 Penélope Cruz did herself plenty of favors when she opted for this lavender Giorgio Armani gown at the 2012 Oscars. We especially love the added jewels — 114 carats of Chopard diamonds, to be exact! 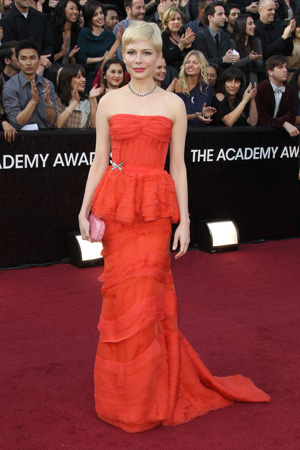 Michelle Williams is pretty much on every best-dressed list, period. Why? Just check out the coral Louis Vuitton dress, the pink Bottega Veneta clutch and the choker she wore to the 2012 Academy Awards. That’s why. 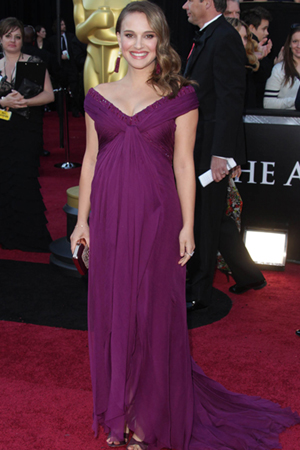 Now this is how you do pregnancy in style! Oscar-winning actress Natalie Portman — then pregnant with son Aleph — wore a regal-looking Rodarte gown to the 2011 Academy Awards. Just perfect. 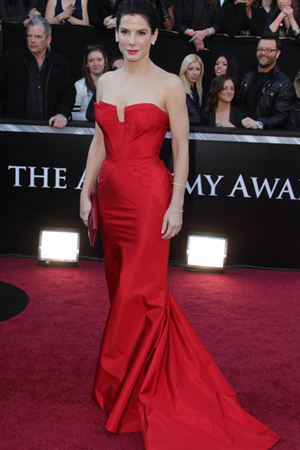 There are two sides to Sandra Bullock: the down-home girl in jeans and button-down flannels, and this girl — the sexy movie star. Bullock played up her sexy, red-carpet style at the 2011 Oscars when she opted for this fire-red Vera Wang gown. Gorgeous. 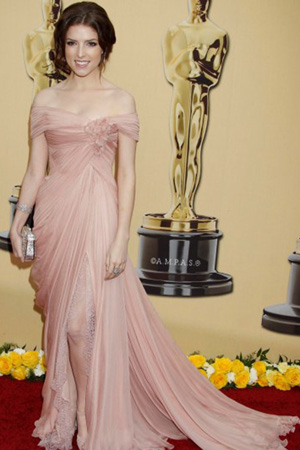 What can we say about Anna Kendrick‘s pale pink Elie Saab Haute Couture gown that hasn’t been said before? Pure perfection. 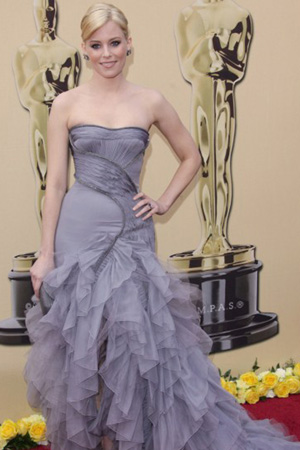 Elizabeth Banks gave us plenty of Old Hollywood glamour at the 2010 Academy Awards in her blue-gray Versace gown. We also love how she kept it simple with few accessories — the focus was all on the gown.

Who will be best dressed at the 2013 Academy Awards? Sound off in the comments below!

Joaquin Phoenix’s PETA ad banned from the Oscars?
Barbra Streisand added to the Oscars lineup
Will the cast of Les Mis perform at the Oscars?