The 2013 Academy Awards are finally here! The big question remains: Who will take home the top prizes at this year’s ceremony? Let’s break down the front-runners and make a few predictions. 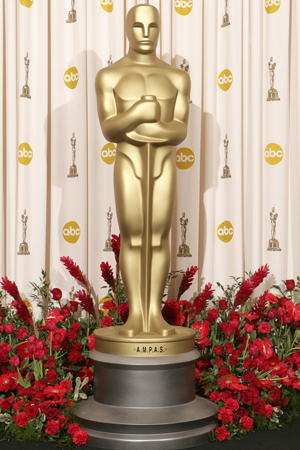 Argo is the one to beat in the Best Picture category. Ben Affleck and his team nabbed every major award for the film this year, including big wins at the Golden Globes, the BAFTAs and the Screen Actors Guild Awards.

Everyone loved Hugh Jackman‘s portrayal of Jean Valjean in Les Misérables, but the Oscar will go to Daniel Day-Lewis for his complete metamorphosis into President Abraham Lincoln.

Jennifer Lawrence has this one in the bag. Jessica Chastain and Emmanuelle Riva were strong in their respective roles, but Lawrence’s performance as the troubled Tiffany in Silver Linings Playbook makes her the one to beat.

The Best Supporting Actor category has no clear front-runner. Tommy Lee Jones won the SAG Award in the category, while Christoph Waltz won the Golden Globe and Philip Seymour Hoffman won the Critics’ Choice Award. We’re going to go out on a limb and say Waltz will get the statue in this category.

Anne Hathaway will top off her winning awards season with an Oscar. The big question: Will she remember to thank everyone while onstage?

This category is a bit of a toss-up since Affleck wasn’t nominated for Argo. Look for Steven Spielberg to get the big W come Sunday night.

Argo all the way, naturally.

Brave picked up the Golden Globe in this category, so expect the animated feature to get the Oscar, too.

Michael Haneke’s haunting Amour is this year’s foreign film darling. It won’t win the big categories, but it will get the win for Best Foreign Language Film.

Adele is performing “Skyfall” at the 2013 Academy Awards, so we’re expecting the song to pick up the statue.

Who will win at the 2013 Academy Awards? Sound off in the comments below!