Just weeks after it was reported that Amanda Bynes had to vacate her apartment due to some odd habits, questions arise over her socializing and dieting habits. 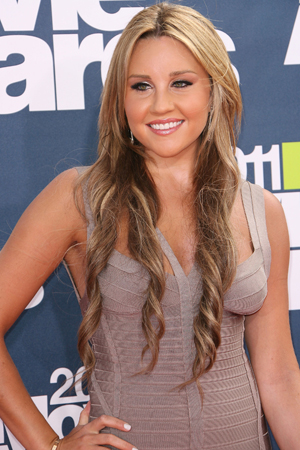 Are we alone in thinking Amanda Bynes sounds like an interesting person to know? The What a Girl Wants actress was recently forced to leave her NYC apartment after management sent a letter threatening eviction and detailing her unusual personal habits, TMZ reported.

Next, Page Six had some hilarious quotes from her ex-neighbors. “‘Her door was left open all the time,’ said one who added, ‘And we saw that she put red [lightbulbs] in every outlet.'”

Red lightbulbs! The nerve! Although if the part about the open doors is true, that is a strange habit. Though NYC television characters routinely burst through each other’s doors without knocking (looking at you, Seinfeld), in real life that’s an excellent way to invite someone in to steal your laptop, so people don’t do that.

In addition to her alleged lightbulb and door quirks, Page Six uncovered a neighbor who claimed “the former Nickelodeon star was seen coming down to the lobby ‘at 2 a.m. one morning, laughing hysterically for four minutes’ and then ‘went back to her apartment.’ The source added, ‘She was really nice at first. She knocked on some doors and introduced herself and wanted to hang out, but then she started acting weird.'”

Moving right along, Bynes herself raised a few eyebrows with a list of 25 things you didn’t know about her, published last week by Us Weekly. In addition to unremarkable confessions such as “My favorite store is American Apparel” and “My grandma and grandpa are from Toronto,” Bynes revealed that since moving from Los Angeles to New York, she’d lost four pounds, and hoped to get down to 100.

Scary, writes the Huffington Post, because Bynes “measures in at 5’8”, so if she does lose 21 more pounds, her weight loss would be severe. According to studies, a 5’8″ woman should hit a target weight of about 146 pounds. A low weight for them would be 126 pounds, which Bynes is already below.”

So maybe she’s downstairs in the building lobby looking for food?

Regardless, Bynes, who Page Six reports is now living in a hotel, sounds like a very telegenic neighbor. The wacky neighbor is a television staple for a reason. Order this woman up a pilot immediately!