Is Up All Night turning in for good? It looks like it. 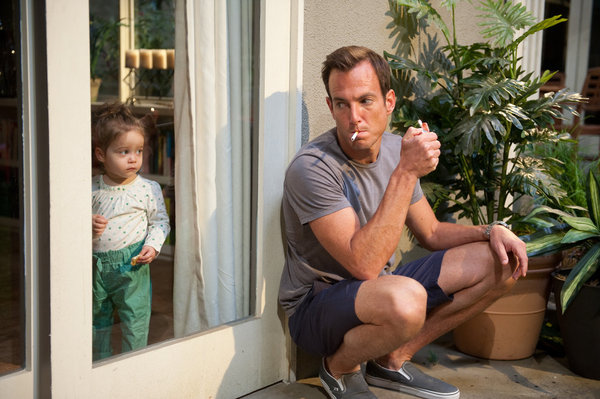 Last week Christina Applegate announced she’d be leaving her show, Up All Night. Now it looks like her departure might not be the only thing that could end up costing a lot of people their jobs.

According to the Hollywood Reporter, after her departure announcement, NBC set to work on an Up All Night reboot. They (rightfully) wanted the show to go on without Applegate. While Up All Night has never properly flourished on the network, it had a decent following of fans. While no descriptor of the reboot can be found, others have mentioned possibly just replacing Applegate with a new actress. We thought it would be pretty cool to rework the show as if Reagan left her hubby and little girl. It’d be interesting to see Arnett play the part of a single dad and it would also leave it open to Reagan coming back (like maybe after Applegate finishes filming and promoting Anchorman 2?) What was originally supposed to be a four-episode reboot has now been cut back to a lone episode. That doesn’t look good for the people who work on Up All Night.

Anchorman 2 scores Wiig, Applegate and all the other big names it needs >>

So why the sudden change of plans? While Christina Applegate was certainly one name that drew a lot of attention to the show, she wasn’t the only star on the cast. However, Maya Rudolph (who plays Reagan’s BFF, Ava) recently announced she’s pregnant with her fourth child. While execs and writers are capable of writing a new baby into the storyline, they may not want to… or Rudolph might also hope to leave the show behind.

Meanwhile, Will Arnett is currently being courted by — among others — CBS to star in a new comedy on that competing network. Given the right deal and the right script, we could see Arnett willingly leaving Up All Night behind, too.

Up All Night‘s sophomore season shake-up >>

Applegate cited Up All Night‘s “new direction” as to why she was leaving the show. UAN originally filmed with a single camera but in an effort to boost ratings, NBC switched to a multi-camera format that would no doubt also include a live audience. There’s nothing wrong with that, so we can’t help wondering if maybe there’s something else. Applegate is all set for her return to Anchorman 2. Maybe both projects were (understandably) just too much to take on.