Alec Baldwin is under fire today after a photographer accused him of a racist rant — but the actor says he is the real victim. 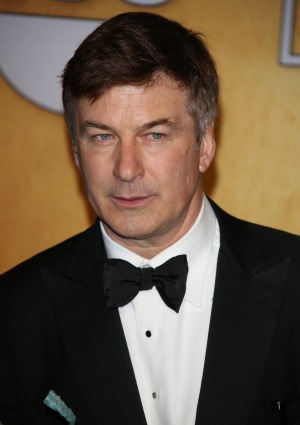 Sounds like Alec Baldwin’s famously bad temper has gotten the best of him again. The 30 Rock actor stands accused of throwing racial slurs at a New York Post photographer — but the dad-to-be claims he is the real victim.

The incident went down when Baldwin was approached by a Post reporter while walking his dogs yesterday, asking for comment about a lawsuit filed against his pregnant wife Hilaria.

According to a police report, Baldwin grabbed the reporter by the arm and said, “I want you to choke to death,” a wish that was caught on tape.

Baldwin then allegedly called Post staff photographer and retired NYPD detective G.N. Miller a “coon, a drug dealer,” according to the police report, and accused him of being a “crackhead” who “just got out of jail.”

“He was saying some serious racist stuff,” Miller told the Post. “He said some choice words about my mother, and he was telling people in the street that I’m a drug dealer.

“He could have said a lot of other stuff. But he used all of the stereotypes associated with black people.”

Baldwin ranted about the exchange on Twitter, his favorite venue for defending himself against the media, in a series of posts that have since been deleted.

“Thank u 2 NYPD officers who came to my home 2day so that I could file a formal complaint against NY Post ‘photographer’ who assaulted me,” he tweeted.

Inexplicably referring to Miller as “Ralston,” he wrote, “Moments after I tweet about the Post, Ralston, the ex-crackhead ‘photographer’ shows up at my door w 1 of Murdoch’s nieces in tow.” [Rupert Murdoch owns the New York Post.]

Both men accuse each other of getting physical and filed police reports.

Baldwin denied the charges of racism through his rep Matthew Hiltzik, who said, “That’s one of the most outrageous things I’ve heard in my life.”

This is far from the first time Baldwin has had a run-in with the press. He allegedly punched a paparazzo last July while he and Hilaria were registering for their marriage license.